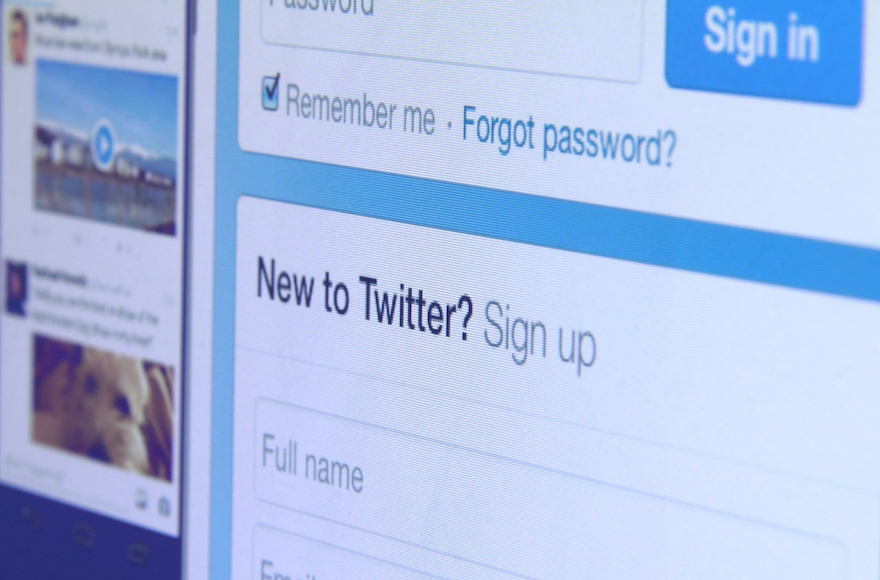 NEW YORK (JTA) — Last year, when a medical issue prevented her from going to synagogue on Tisha b’Av, the Jewish day of mourning for the destruction of the ancient temples, Ruti Regan turned to Twitter and began posting about the fast day using the hashtag “parshachat.”

Today, #parshachat has morphed into a weekly Twitter conversation about the week’s Torah portion conducted through the lens of what it’s like to live with a disability.

Since last May, Regan, a rabbinical student at the Jewish Theological Seminary, and her friend Elizabeth Bartmess, a fiction writer, have led the open Twitter discussion. Both women have forms of the neurodevelopmental disorder autism.

Here’s how the “disability-informed Torah” discussion works: Regan and Bartmess generate four or five questions related to the weekly Torah portion, or “parsha,” and tweet each one throughout the hourlong discussion. Participants respond to the questions with the same parshachat hashtag and a marker to indicate which question they are commenting on.

The result is a loose mix of personal testimony and philosophical thoughts on lessons to be taken from the current Torah portion or holiday. #Parshachat generates dozens of tweets per discussion.

I wonder how Moses understood so quickly at the burning bush. I think that was very unusual. #parshachat

A5 It’s often easier to raise concerns that apply to everyone than ones that only exist because you’re disabled. #parshachat

A5 I think that maybe God didn’t know if it would be good or not. God had no experience with intentional creation before. #parshachat

“Some people might be having struggles and might not be able to go to shul, but we can talk about things and it can make a difference,” Regan said. “[It’s about] having space outside the pressure to be positive.”

Regan says there is a “rich tradition” of Twitter discussions, including some about Jewish liturgy, but #parshachat appears to be the first ongoing one at the intersection of Torah study and disability.

Social media brings the geographically dispersed #parshachat community together in ways unavailable before the advent of the Internet. Regan lives in New York and Bartmess in San Francisco. Online discussions can also be easier for people with disabilities to access than in-person ones.

Bartmess explains that Twitter can also be an especially useful discussion tool for people with disabilities because the open-ended nature of the chats — people chime in whenever they like with comments marked with a hashtag — erases some of the stress of real-time conversation for people like her with auditory processing issues.

“It gives you time to think because you don’t have to respond immediately,” Bartmess said. “You can really think the question over, you’re not on the spot and don’t have to say something right away.” 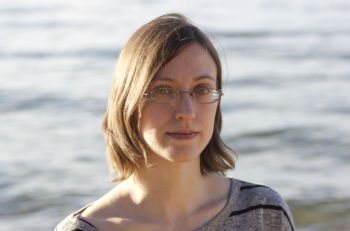 Regan added that the platform’s character limit — 140 for now — prevents people from unleashing wordy and unwieldy “monologues” like they do on other platforms such as Facebook. Further, while people often become friends on Facebook based on geographical proximity or after an in-person meeting, those who chat on Twitter often cluster around shared interests.

For Regan, finding people on Twitter with similar interests reminds her of the days when she used AOL’s popular Instant Messenger service, which offered countless chat rooms for people based on specific topics.

“I had so much trouble finding people who wanted to talk to me and who weren’t annoyed by my intense interests,” Regan said. “As an autistic kid, that was totally game-changing for me.” 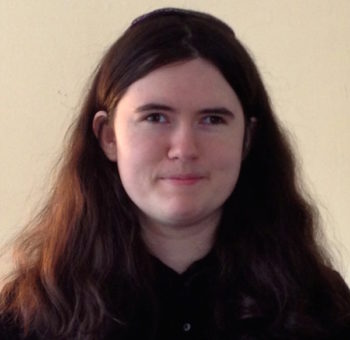 Ruti Regan is an autistic rabbinic student at the Jewish Theological Seminary. (Courtesy of Ruti Regan)

Savannah Breakstone, 28, who lives in rural Pennsylvania more than an hour away from the nearest synagogue, has regularly participated in the #parshachat since it started. Most of her family does not identify as Jewish, but she discovered that she is descended from Jews forced to convert to Catholicism during the Spanish Inquisition and she now identifies as an anusah, or a returner to the Jewish faith.

Since Breakstone also is autistic and has other chronic health issues, she calls #parshachat a “huge relief.”

“Beyond just learning about other people’s thoughts on different parshas, I’ve more importantly learned some confidence as a Jew, and [developed] more confidence in participating in Jewish life,” Breakstone said.

“There are a lot of autistic Jews, and a lot of them participate in [#autchat],” Regan said. “We were like, ‘Let’s talk Torah, too.’”

Regan now balances co-running #parshachat with the other initiatives of her independent Jewish disability inclusion organization, Anachnu, such as an online class on “Disability as a Jewish feminist issue” and a new Haggadah “informed by disability perspectives.”

Breakstone, who works as a social media contractor for disability rights organizations, including the Autistic Self Advocacy Network, says Twitter can be a great help but isn’t necessarily the optimal platform for everyone living with a disability.

“I find that it’s important to take a multiple platforms approach,” Breakstone said. “I’ve actually had requests to maintain content on Pinterest because someone found that most accessible for them.

“Twitter can be easy for some people and nearly impossible to use for others. Some people love Facebook but don’t get Tumblr or vice versa. In order to bring disability rights and acceptance … to as many people as possible, it’s so important to be building our communities and learning opportunities across all these platforms.”