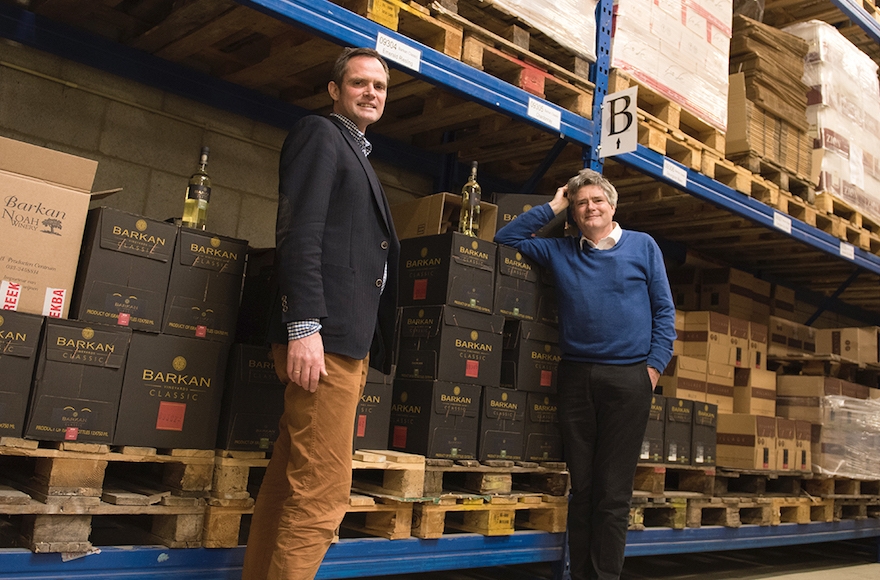 NIJKERK, Netherlands (JTA) — As a boy, Pieter van Oordt would often accompany his father, Karel, on the elder van Oordt’s weekly shopping excursions specifically seeking out products made in Israel.

A Christian Zionist businessman in Amersfoort, some 25 miles east of Amsterdam, Karel van Oordt sought to strengthen the Jewish state economically by purchasing its exports to feed his family of eight. But it wasn’t easy.

“At the greengrocer, my father asked for Jaffa oranges, but they didn’t offer those,” Pieter van Oordt recalled. “Then at the liquor store, dad asked for Israeli wines. Same reply.”

Four decades later, those Israeli goods and thousands more are available across the Netherlands thanks to the international advocacy group founded by Karel van Oordt in 1979. Pieter and his brother, Roger, have run Christians for Israel since their father’s death in 2013.

Through its own import agency, the Israel Products Center, or IPC, the organization brings in 120,000 bottles of Israeli wine each year, as well as many tons of Dead Sea cosmetics and other merchandise. Most of the products are sold in IPC’s own store, on its website or by a corps of 200 volunteer door-to-door sales agents, a majority of them women.

The effort is unique in Europe, and not only because IPC profits are distributed annually among a small group of shareholders who reinvest the money back into the business. Also because IPC openly promotes the sale of settlement goods, part of a conscious effort to bolster the settler movement and push back against European efforts to distinguish them from goods produced in Israel proper.

Last month, in a letter in the company’s new catalog, Pieter van Oordt, who runs IPC, specifically urged his customers to purchase two brands of wine, dates and olive products produced in the West Bank. 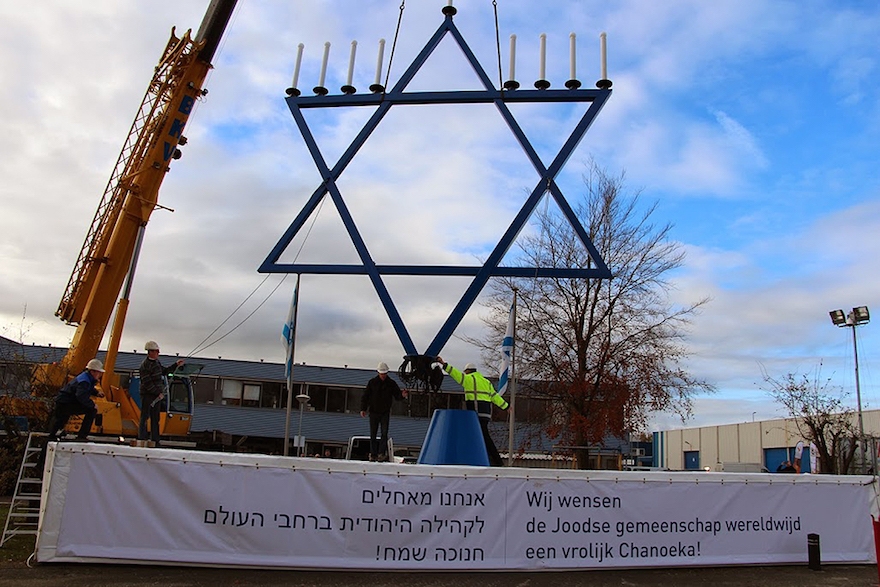 “Now the government wants to say on our products that they’re not from Israel,” said Pieter van Oordt, referring to the adoption in November of EU regulations mandating that goods produced in Israeli settlements are labeled as originating in Palestinian territory. “So we must tell our customers that it’s not true.”

Most IPC customers probably agree with van Oordt. The company’s most dedicated patrons are ideological supporters of the Christians for Israel movement, which is popular among European Protestants who believe it is their religious and moral duty to help Jews return to their ancestral lands.

It was that obligation that led 300 donors to front the money for IPC’s creation by Karel van Oordt in 1980. Since then, the business has grown from something resembling a souvenir stand to a corporation with annual revenues of several million dollars and substantial profits, according to Pieter van Oordt, who declined to provide exact figures.

Those original donors are shareholders now, and the company’s profits flow to them. They “always re-invest in the business or the movement, though they’re free to use the money as they wish,” Pieter van Oordt said.

IPC imports fill an underground storage room the size of three tennis courts in Nijkerk, a sleepy suburb of Amersfoort. The room is stocked with everything from cleaning detergents from Haifa to iconic Israeli foods like Osem soup nuts and exotic merchandise like avocado oil and zaatar spice mix.

IPC’s newest addition is a fully furnished training facility for beauticians, where the only products used come from the Dead Sea. Approximately 500 beauticians train there each year.

Other parts of the Christians for Israel movement have also grown far beyond their humble origins. The group now includes independently run affiliate groups in 30 countries that advocate for Israel and, in some cases, collect money to help with Jewish causes identified by the Dutch headquarters. One of the international offices, in Uganda, doubles as an Israeli embassy whenever the non-resident ambassador needs an office in Kampala.

Still, the movement’s beating heart remains in Holland, Belgium and Germany — the cradle of Protestant Christianity, with its emphasis on the Hebrew Bible. The movement’s Dutch branch has a $6 million annual budget, not including IPC. It is here that hundreds of thousands of dollars are collected for Israeli children at risk from Hamas rockets and needy Israeli Holocaust survivors. In total, the movement and its subdivisions have approximately 30 employees.

The group’s headquarters overlooking a major traffic artery here is housed in a large blue-and-white building with a huge Israeli flag at the entrance and a 36-foot menorah built in 2013 as a symbol of friendship with Dutch Jews.

That friendship is especially strong with Dutch Chief Rabbi Binyomin Jacobs, who is a personal friend of the van Oordts. When Jacobs’ house was attacked for the fifth time in 2014, the rabbi told Roger van Oordt, who immediately brought his family to help clean up the mess. Later this month, the two are leaving for Ukraine, where Christians for Israel is providing assistance to needy Jews.

In Holland’s ultra-secular society, many regard Christians for Israel as fundamentalist for its mix of ardent religiosity and Zionism. Still, Christians for Israel regularly partners with major organs of Dutch Jewry, though these relations are often complicated by disagreements with the community’s liberal-minded leaders.

In 2011, Dutch Jewry’s main pro-Israel advocacy group, CIDI, sat out a major Christians for Israel rally at the parliament building because its banner was “keep Jerusalem united.” CIDI does not rule out a possible territorial compromise in the Israeli capital.

Last year, CIDI and Christians for Israel did cooperate on a rally outside parliament to protest Palestinian incitement during a visit by Palestinian Authority President Mahmoud Abbas. But the following day, CIDI led a delegation of Jewish leaders to speak with Abbas, a move the van Oordts opposed.

“It cuts like a sword in our souls that he is received here with pomp while he oversees a system that incites his countrymen to kill Jews,” Roger van Oordt said of the P.A. leader.

Back at the shop, Pieter van Oordt focuses on a pain that is easier to cure: On his latest trip to Israel, he has discovered a boutique factory near the capital that makes leather shoe inserts “that actually work,” he says.

“The first clients say it’s like walking on a cloud,” Pieter said, “with the added benefit of having Jerusalem at your feet.”