Are you ready for the summer? 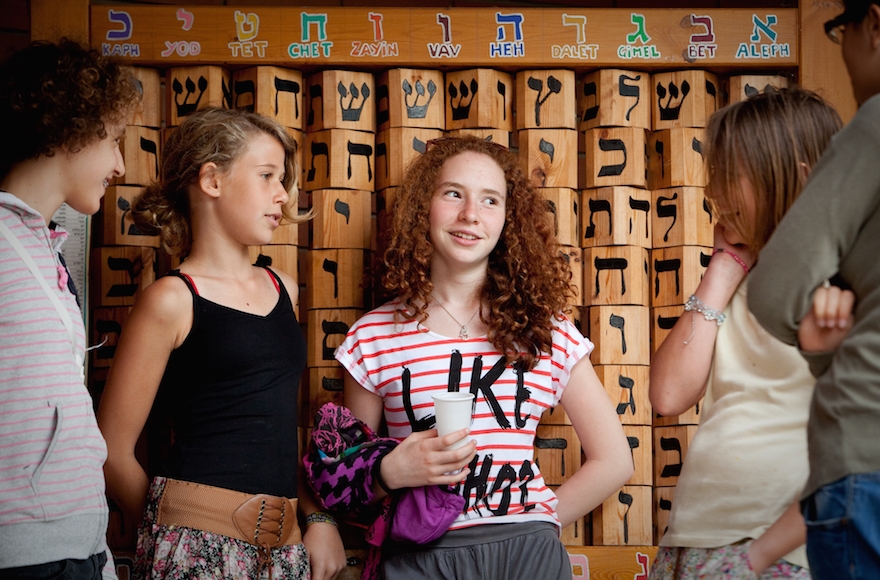 Vaccines and Jewish camps: What parents need to know
By Gabe Friedman | March 3, 2016 2:44pm
Many camps have strict formalized policies requiring a host of vaccinations, but others leave loopholes for personal or religious exemptions.

In Europe, a summer camp creates the next generation of Jewish leaders — and babies
By Cnaan Liphshiz | March 2, 2016 5:00pm
Located in a rural part of Hungary, Szarvas has produced dozens of Jewish couples and community leaders.

New and improved Jewish camps for our Gilded Age
By Victor Wishna | February 29, 2016 1:30pm
Olympic coaches, trapeze centers and air-conditioned bunks are part of a wave of upgrades at Jewish camps. Says one director: “What was luxury is now below par.”

9 famous Jews who attended Jewish summer camp
By Gabe Friedman | February 28, 2016 4:32pm
Before they were celebrities, these stars spent their summers just like the rest of us.

Ramah camps a bright spot for Conservative movement, but 9 of 10 kids don’t go
By Uriel Heilman | February 28, 2016 3:44pm
Ramah is immensely popular among campers and alumni. But only 6-7 percent of Conservative Jewish kids go to its camps.