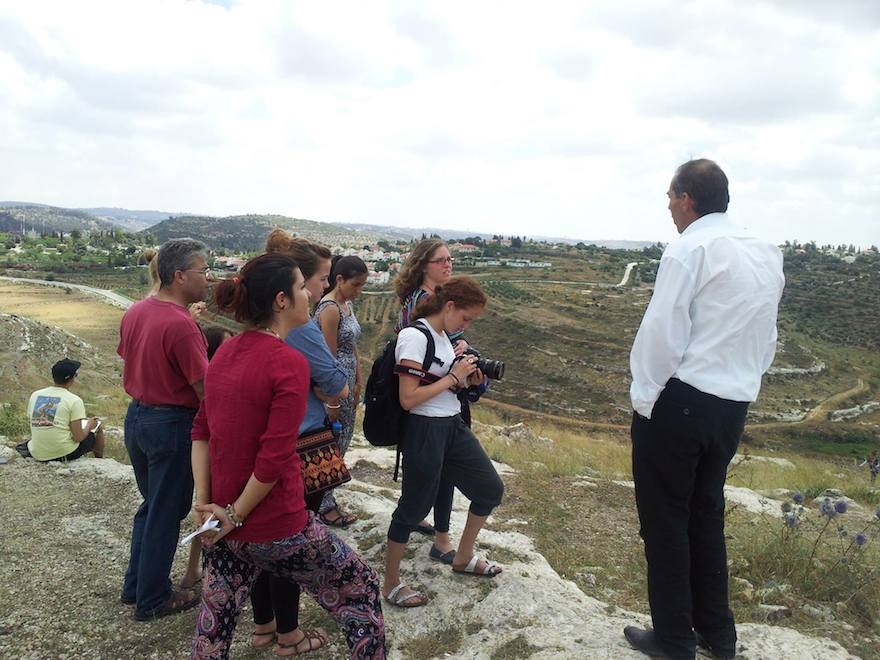 Students participating in an Extend tour of the West Bank. The group is one of 11 Jewish initiatives highlighted for the first time in the Slingshot guide. (Extend Facebook page)
Advertisement

NEW YORK (JTA) — Subsidized tours of the West Bank for young Jews, synagogue gardens to grow food for the needy, and linking 20- and 30-something Jews to Shabbat experiences are among the 14 initiatives recognized for the first time in the annual Slingshot guide to innovative projects.

The 2016 guide published Monday features 50 North American Jewish projects that, according to its editors, “represent the most groundbreaking programs in Jewish life.” Two supplemental guides, a Chicago edition and a “women & girls” edition, highlight additional initiatives, including some that also appear in the main guide.

The mostly annual guide (the last one was published in late 2014) was launched in 2005 by a group of donors in their 20s and 30s. Leaders of included groups have described the guide as a stamp of recognition, akin to being listed favorably in a Zagat restaurant guide.

According to Slingshot, the newly incorporated New York-based nonprofit that produces the guide, this year’s projects were selected from more than 230 applications that were reviewed by 97 evaluators on the basis of their innovation, impact, strong leadership and organizational effectiveness.