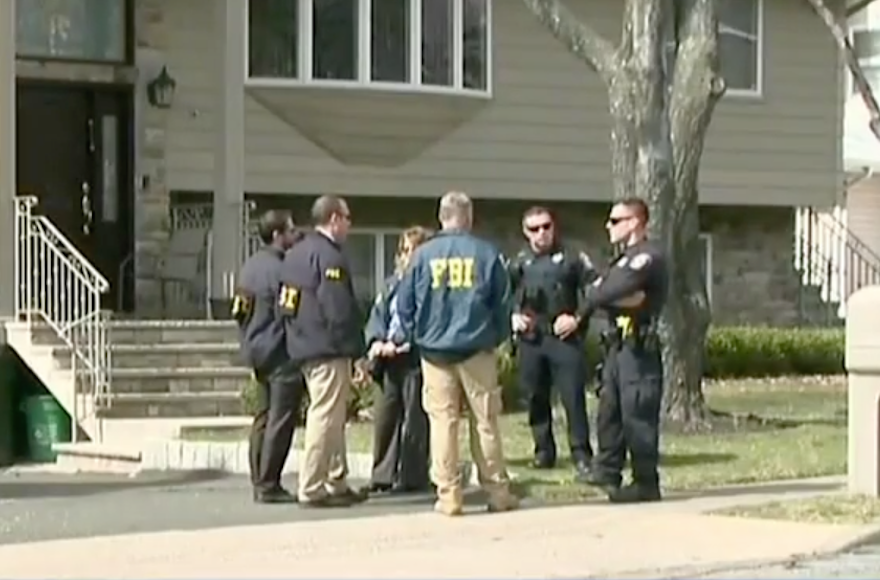 NEW YORK (JTA) — The FBI raided haredi Orthodox yeshivas and technology vendors that serve them in Brooklyn and in New York’s Rockland County, but declined to state publicly the details of the investigations.

In a large operation Wednesday afternoon, dozens of FBI agents, search warrants in hand, entered multiple yeshivas and vendors’ offices in Rockland County, demanding they account for technology purchases for which they billed the federal government, according to The Journal News. Agents were seen walking out with boxes of documents and computer hard drives.

The FBI confirmed to JTA that it also searched a handful of yeshivas in the Williamsburg section of Brooklyn Wednesday afternoon. Those included two locations of Bais Ruchel d’Satmar, a girls school affiliated with the Satmar Hasidic sect and possibly one location that was not a school.

The raids in Rockland are believed to be part of a larger investigation of fraud in the federal government’s E-rate program, which funds the purchase of technology equipment and Internet service by schools and libraries. A 2013 investigative report in the New York Jewish Week (co-written by this reporter) found that haredi Orthodox yeshivas, particularly Hasidic ones, in Rockland County and Brooklyn disproportionately benefit from the program even though few offer their students or teachers Internet access.

A spokeswoman at the FBI’s New York office told JTA that the Brooklyn action were “searches” and “not raids,” and that they were part of an “ongoing investigation.” She would not confirm whether the investigation was related to the E-rate program, and said the Rockland and Brooklyn searches were not related, but were two separate investigations.

Bais Ruchel d’Satmar featured prominently in The Jewish Week’s 2013 articles, which noted that the school had been cited for noncompliance, yet continued to be approved for millions of dollars of services through E-rate. In 2011, it was approved for more E-rate funds than any other Jewish school in New York State, and in 2013 it applied for, but never received, $1.2 million for “internal connections” and “internal connections maintenance” provided by a nearby company called Computer Corner.

In a statement reported in the Journal News Wednesday afternoon, the U.S. Attorney’s Office said: “Today, the FBI, working with our office, conducted searches in connection with an ongoing fraud investigation. If and when charges are filed, they will eventually become public. This remains an ongoing matter, and we are unable to provide any additional information at this time.”

More than 300 agents and officers were involved in Wednesday’s raid, authorities said, adding that no arrests had been made and none were expected that day.

Meanwhile, The Journal News reported Wednesday that the FBI had used an Orthodox Jewish radio program and a haredi Orthodox informant in a sting operation that led to the conviction of several Rockland County officials in a corruption scandal.

The 2013 Jewish Week report found that haredi Orthodox schools that publicly eschew the Internet were awarded millions of dollars for tech equipment and Internet wiring.

In 2011, for example, Jewish schools — the vast majority of them haredi Orthodox — were awarded 22 percent of the E-rate funds in New York State, even though they enroll only 4 percent of the state’s students.

That year, of the $30 million approved for E-rate purchases at almost 300 New York Jewish schools participating in the program, nearly $9 million went to 10 schools — all but one Hasidic. Those schools, among them United Talmudical Academy in Williamsburg, which was reportedly raided Wednesday, were collectively awarded nearly $9 million in E-rate-funded services.

In the E-rate program, money does not go directly to schools but to the vendors, called “service providers,” who sell the tech equipment and services. The haredi Orthodox yeshivas largely work with small Jewish-owned companies whose E-rate contracts are almost exclusively in haredi schools. In 2013, the Jewish Week reported that many of these companies lacked websites or storefronts, and that some had overlapping owners.

Hashomer Alarm Systems, one of the Rockland County vendors raided Wednesday, was, according to the Jewish Week’s 2013 reporting, one of the largest E-rate service providers in the Jewish community. In 2011 Hashomer was awarded more than $3 million in E-rate contracts, largely for Jewish clients, and did more business in the Jewish sector than Verizon, Sprint and Nextel combined.

According to the Journal News, officials said Wednesday that both Hashomer and its owner, Peretz Klein, were targets of their investigation. Klein declined the Journal News’ requests for comment.

Since its creation in 1998, the E-rate program, which is administered for the Federal Communication Commission by the Universal Service Administrative Company, has struggled with fraud. Two General Accounting Office reports have noted problems with the nonprofit’s “internal controls,” and several multi-million-dollar fraud cases involving the company have been exposed.