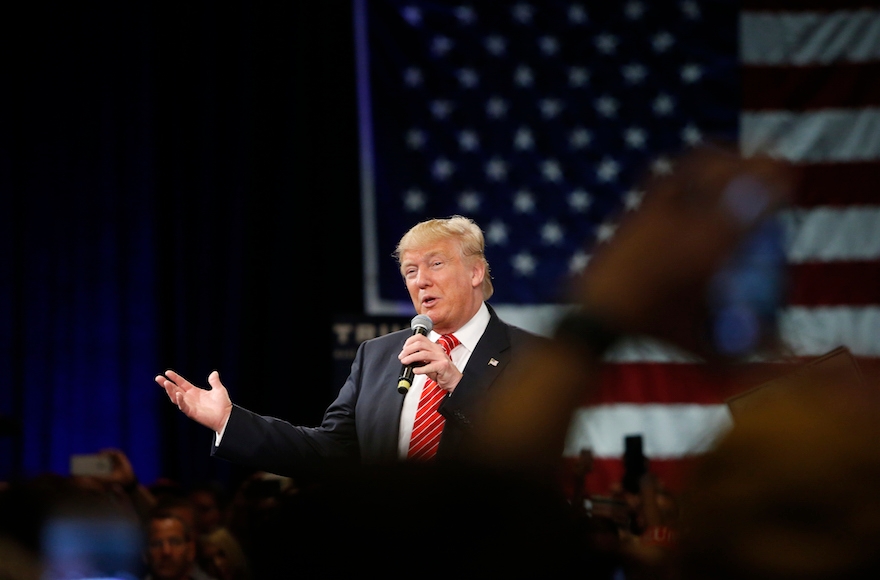 WASHINGTON (JTA) — One of Donald Trump’s closest Jewish associates said rabbis who plan to protest the Republican front-runner’s speech at the upcoming AIPAC conference should be ashamed of themselves.

“Anyone who believes that @realDonaldTrump is a racist doesn’t know #Trump at all,” Michael Cohen, the Trump Organization’s executive vice president and Trump’s special counsel, said Thursday night on Twitter. “Shame on the protesting rabbis with #AIPAC.”

The rabbis have said they do not fault AIPAC for inviting Trump. The pro-Israel lobby has invited all the major candidates to speak, and all but Sen. Bernie Sanders, I-Vt., have accepted.

The protesters object to Trump’s broadsides against minorities, including Mexicans and Muslims, and say he must assume responsibility for violence at several of his rallies.

Cohen made headlines last year when he told The Daily Beast news site that there is no such thing as marital rape.

Cohen later apologized, and the Trump campaign distanced itself from him, although he has retained his position in Trump’s corporation.

The Daily Beast was reviving allegations from a 1993 book that Trump had raped his first wife, Ivana. Both Donald and Ivana Trump have said that the allegation is scurrilous.