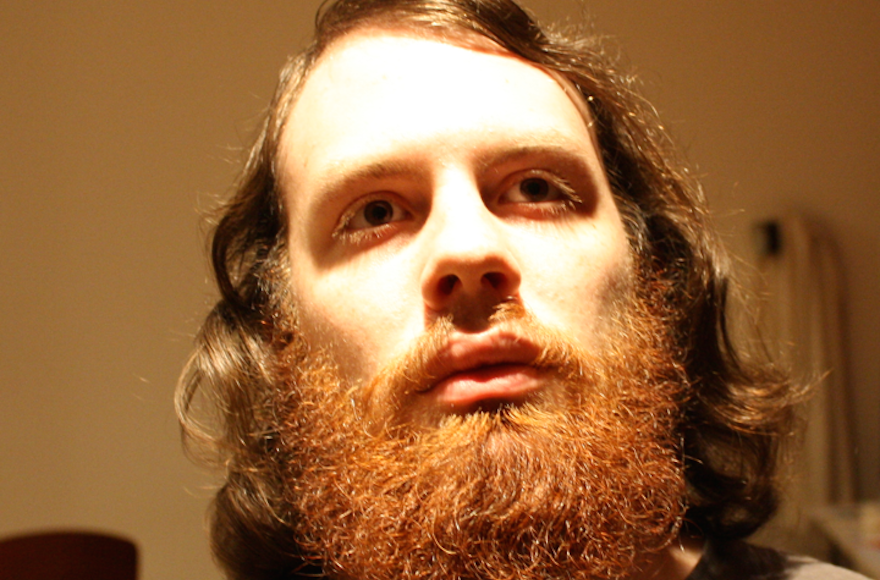 (JTA) — A well-known computer hacker said he was behind anti-Semitic, racist fliers that appeared on printers at more than a dozen colleges last week.

Andrew Auernheimer, who goes by the name “Weev,” exploited network printers at the colleges to produce the swastika-covered fliers, he claimed as early as Friday.

Auernheimer, 30, was part of a group that in 2010 hacked AT&T’s servers and accessed the data of 114,000 customers. His conviction on identity fraud and conspiracy to access a computer without authorization was overturned on appeal.

The self-described “white nation­al­ist hack­tivist” sent the fliers to every publicly accessible printer in North America and did not specifically target college campuses, he told various media outlets.

The fliers read: “White man … are you sick and tired of the Jews destroying your country through mass immigration and degeneracy? Join us in the struggle for global white supremacy at The Daily Stormer.” A pair of large swastikas appear alongside the address of the neo-Nazi website The Daily Stormer.

In an October 2014 feature on The Daily Dot, Auernheimer described himself as “a long-time critic of Judaism, black culture, immigration to Western nations, and the media’s constant stream of anti-white propaganda,” the Anti-Defamation League pointed out. The article said he has a “giant swastika tattoo.”

That same month, the ADL noted,  Auernheimer ranted about “the Jews” unprecedented “empire of wickedness” on The Daily Stormer.

“They took con­trol of our sys­tems of finance and law. They hyper­in­flated our cur­rency. They cor­rupted our daugh­ters and demanded they sub­ject them­selves to sex work to feed their fam­i­lies. These are a peo­ple that have made them­selves a prob­lem in every nation they occupy, including ours,” he wrote.

Universities have notified the police and launched investigations regarding the fliers, but it was unclear if Auernheimer broke any laws, according to The New York Times.

Anti-gay and transgender fliers appeared Monday on printers at Berkeley and Amherst, the Times reported. Auernheimer, who posted the code he used to access the printers online, said he was not involved.