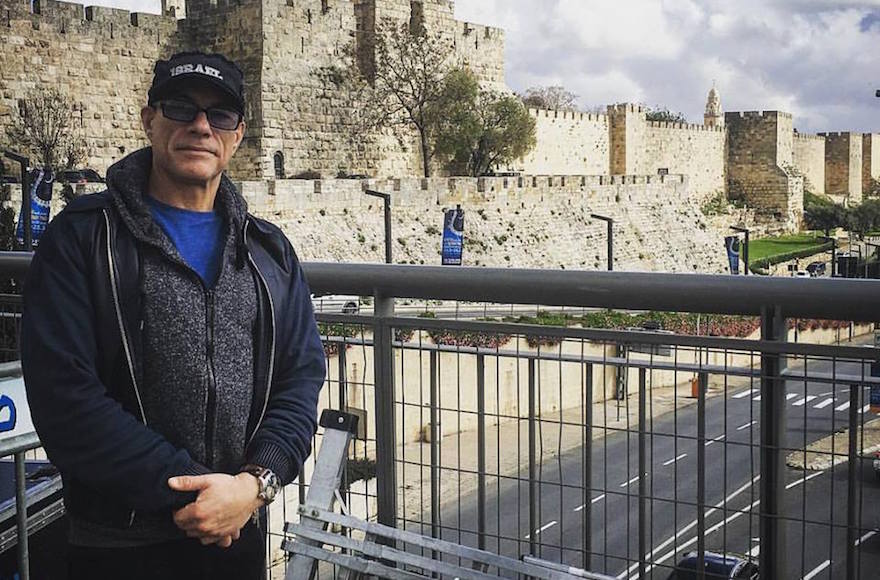 The Belgian movie star spent time at the International Center for Tzvat Kabbalah in the city of Safed during a five-day stay in Israel this week, Walla! reported Wednesday.

According to the center’s rabbi, Eyal Reiss, Van Damme studied Torah and the Zohar, the foundational kabbalistic text.

“He told me that after the terror attacks last week in Brussels, the city where he was born and grew up, he was driven to seek spiritual guidance,” Reiss said of the actor, who is sometimes referred to as “The Muscles from Brussels.”

Van Damme — the non-Jewish star of dozens of action films such as “Bloodsport,” Kickboxer” and “Lionheart” — reportedly explored the streets of Safed and visited the city’s historic Abuhav synagogue built in the 15th century. He also visited Tiberias and Jerusalem, where he went to the Western Wall, Jewish Business News reported.

“[H]e understood that problems of a political, economic, social and environmental nature have their solution in ancient spiritualism and the Bible,” Reiss told Walla!

When the martial arts star posted a photo of himself in a cap on Facebook with the caption “Shalom from Jerusalem, Israel!” he faced a wave of angry comments within minutes.

One user said “you should say salam from palestine” and garnered over 1,300 likes. Another said “Jeruzalem is not from Israel But from Palestina” and garnered 854 likes.

Others were more pro-Israel, including one who said “Israel loves u” and garnered over 4,700 likes.

Van Damme subsequently took out the words “Shalom” and “Israel” from the caption, which now reads “Hello from Jerusalem!!”