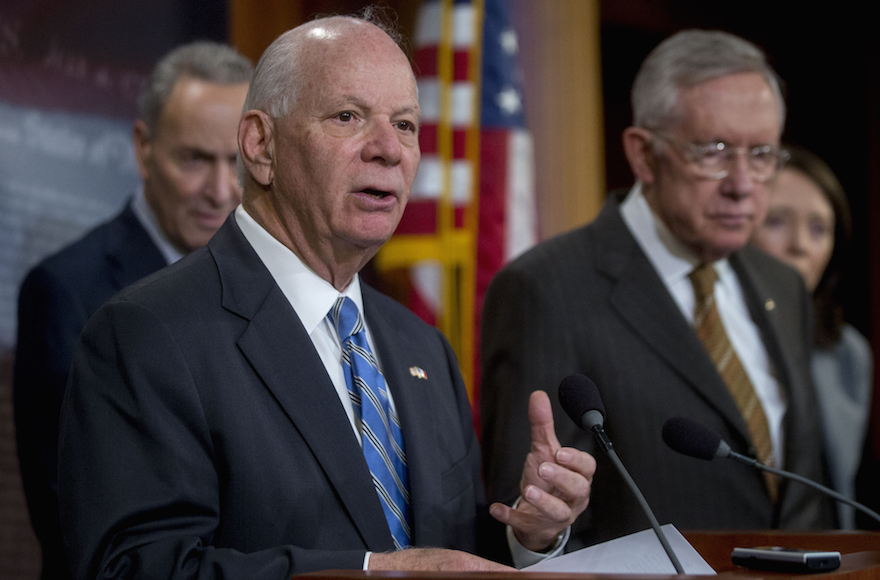 WASHINGTON (JTA) – The top Democrat handling foreign relations in the Senate says he will endeavor to get Congress to reauthorize Iran sanctions before year’s end, a key goal of pro-Israel activists.

“There’s general agreement we have to extend the sanctions against Iran, and we need to do it before they expire at the end of this year, “ Sen. Ben Cardin of Maryland, the ranking Democrat on the Senate Foreign Relations Committee, told JTA on Thursday.

Last month Cardin toured Israel, Saudi Arabia and Qatar, where he met with leaders to discuss best methods of dealing with Iran in the post-nuclear deal environment.

Reauthorizing sanctions was the major request last week when a record 18,000 American Israel Public Affairs Committee activists ended a three-day conference in Washington with a day of Capitol Hill lobbying.

Yet in a move highly unusual for an AIPAC lobbying day, activists did not attach legislation to the request because Republicans and Democrats have yet to agree on a way forward post-Iran deal.

Pro-Israel Democrats like Cardin are caught between an Obama administration that shows little enthusiasm for anything that could be construed by Iran as a U.S. bid to undercut the deal and Republicans determined to toughen what they say has been a giveaway to Iran.

READ: On Iran, AIPAC activists have no bill to push for

Cardin said he can get Democrats behind a simple reauthorization, adding it is needed to keep in effect sanctions the Obama administration say will “snap back” should Iran violate the deal. The deal offers sanctions relief in exchange for rollbacks in Iran’s nuclear program.

“Speaking as the ranking Democrat on the committee, and on behalf of the Democrats, we could get it done quickly if we were to just do that part,” he said, meaning a simple reauthorization of the sanctions, which were passed in 1996 and reauthorized in 2006. The sanctions must be renewed every 10 years.

Cardin said concerns about whether Iran would expand its influence in the region came up during his March 18-26 tour of the region in conversations with Prime Minister Benjamin Netanyahu, Saudi King Salman and Sheikh Tamim bin Hamad Al-Thani, the emir of Qatar.

“Israelis believe Iran will comply with the letter of the agreement as it relates to nuclear provisions,” he said. “”They are very concerned it will push envelopes on ballistic missiles, on terrorism and on human rights.”

READ: Donald Trump: A nuclear Saudi Arabia may be inevitable

The Obama administration says reauthorization is not required and is opposing it for now.

“It is not necessary to extend the Iran Sanctions Act at this time, as it does not expire until December 2016,” a senior administration official told JTA. “Right now we are focused on ensuring that Iran adheres to its nuclear-related commitments under the JCPOA,” the Joint Comprehensive Plan of Action, the formal name for the Iran deal.

The official cited other laws that would snap back sanctions or penalize Iran for activities not directly related to the deal — for instance, its recent ballistic missile testing.

“We can do everything we need to do” under existing law, the official said.

Sen. Bob Corker, R-Tenn., the chairman of the Foreign Relations Committee, was unavailable for an interview, but his spokesman forwarded recent statements suggesting that he was not likely for now to back Cardin’s straightforward reauthorization. 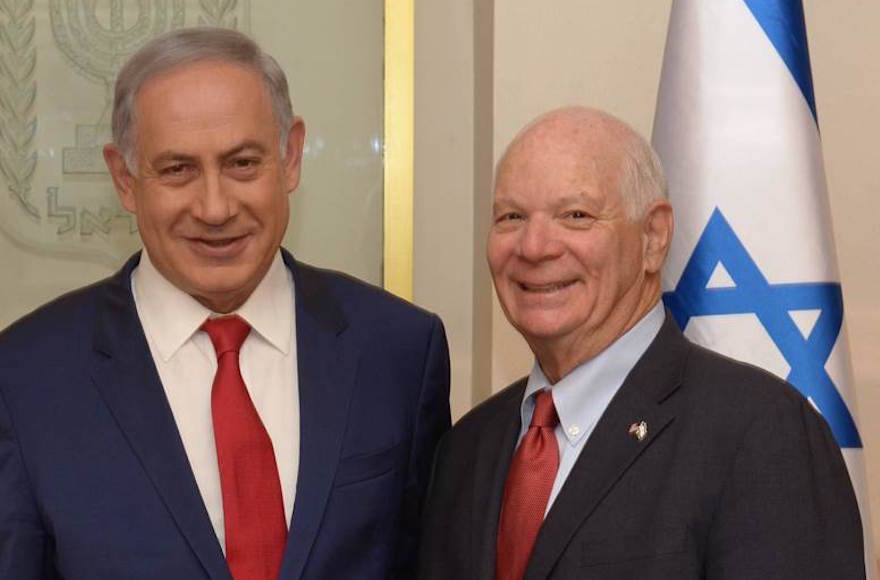 Any reauthorization legislation “must also deal appropriately with the waiver issue, because I believe President Obama used the Iran waivers in a manner that Congress never intended,” he said last month.

The failure so far to strike a deal is notable in part because Corker and Cardin are known for their ability to compromise; they fashioned the agreement last year under which Congress considered the Iran deal. Cardin was one of four Democrats who joined Republicans in opposing the deal.

Likewise in the U.S. House of Representatives, Rep. Ed Royce, R-Calif., the chairman of the Foreign Affairs Committee, and Rep. Eliot Engel, D-N.Y., its top Democrat, who often jointly sponsor legislation, have yet to do so to reauthorize the Iran sanctions.

Engel said in an interview that Democrats may have to compromise, being in the minority in both chambers.

“We need the reauthorization for sure,” he said. “The Republicans want a little bit more, and they do have the majority in both houses. We want to pass things.”

Royce was unavailable for comment, but his office provided a recent statement in which he joined Engel in saying they were working to reauthorize the Iran Sanctions Act.

The grappling over how and whether to reauthorize the sanctions act comes as Congress and the administration contend with how to deal with other Iranian actions, including backing for terrorism and recent ballistic missile tests, which violate U.N. Security Council resolutions.

The administration, under pressure to react to the missile tests, last week sanctioned two entities involved in launching the missiles, an industrial group and the Revolutionary Guard Corps missile command. Such sanctions make it harder for the entities to trade in dollars or for individuals attached to the entities to travel.

Republicans and some Democrats want more; two of the Republican presidential candidates, Sen. Ted Cruz of Texas and Ohio Gov. John Kasich, have cited the tests as reason for the United States to abrogate the nuclear deal and reimpose sanctions. Royce and Engel say they want new congressional sanctions to target the missile program, and Cardin told JTA he also was considering new sanctions targeting the missile testing.

Lawmakers from both parties have also sought assurances from the administration regarding a report that it is considering allowing Iran to work around a ban, under sanctions still in place, on trading in dollars. The Associated Press earlier this week quoted Treasury officials as saying they are considering allowing such transactions to take place outside of Iran. That  would facilitate trade for Iran, since the vast majority of foreign transactions include trading in dollars at some point.

Administration officials have hinted that in order for Iranians to feel the benefits of the nuclear deal, some sanctions may have to be eased.

The lawmakers, including top Democrats such as Rep. Steny Hoyer, D-Md., the minority whip in the House, say the workaround is a giveaway uncalled for by the nuclear deal.

“I do not support granting Iran any new relief without a corresponding concession,” Hoyer said in a statement. “We lose leverage otherwise, and Iran receives something for free.”

Cardin also discussed with Netanyahu the negotiations to extend the defense assistance agreement between Israel and the United States, due to expire in 2018, for another 10 years.

The Jerusalem Post reported this week that Netanyahu is delaying signing the new memorandum of understanding because he fears President Obama will use it to provide cover for moves at the United Nations to define the parameters of a two-state solution with the Palestinians.

Cardin said the report was groundless, and that he expected an agreement to be signed soon. He said talks were delayed only because the new defense assistance pact will include complex arrangements on sharing defense technologies, including in missile defense and combating tunneling, a form of warfare Hamas used against Israel in the 2014 Gaza Strip war.