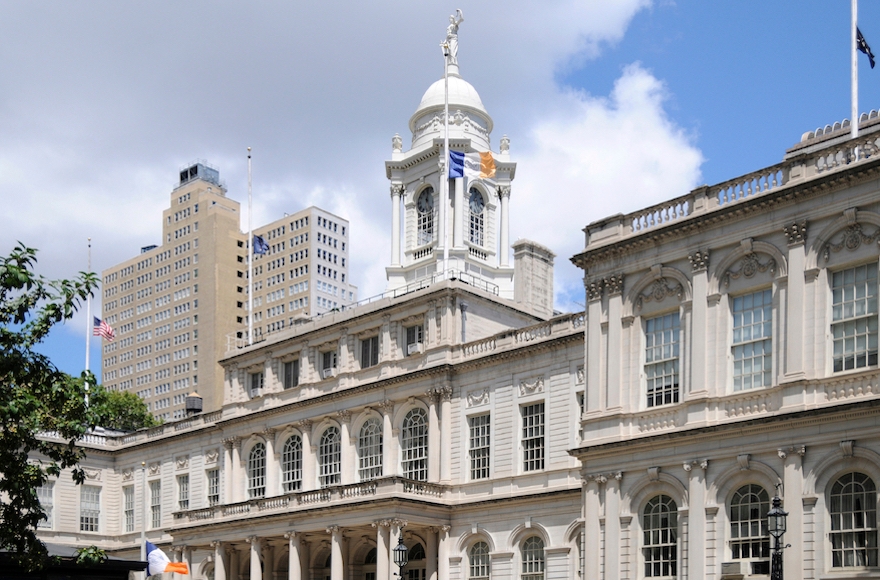 (JTA) — New York Mayor Bill de Blasio’s administration has not followed through on promises to investigate Hasidic Orthodox yeshivas accused of not educating its students in basic subjects, an advocacy group has charged.

On Wednesday, the Young Advocates for Fair Education accused the de Blasio administration of delaying an investigation out of fear that it would politically harm the mayor, who reportedly has sought better relations with the Jewish community.

The group, which seeks the improvement of secular education in Hasidic and haredi Orthodox schools, demonstrated in front of City Hall to protest the lack of progress toward an investigation.

In July, city officials said the city would investigate a complaint by the organization, which alleged at the time that there were 39 yeshivas in Brooklyn and Queens where boys over the age of 13 received no secular education in basic subjects such as English, math and science. The letter was signed by 52 yeshiva parents, graduates and former teachers.

“It’s eight months later, and there’s no sign of a serious investigation taking place,” Naftuli Moster, the leader of the group, said at the demonstration on Wednesday, The New York Times reported. “In fact, all indications are that the DOE is just stalling us. In the meantime, tens of thousands of boys — we estimate around 30,000 — are not getting a basic education.”

A spokesman for the New York Department of Education told The Wall Street Journal that the department’s investigation of the schools “is active and ongoing,” adding that “the assertion that DOE has not sent requests for information to schools is inaccurate.”