John Kasich to Orthodox Jews: Abraham, not Moses, the star of the Torah 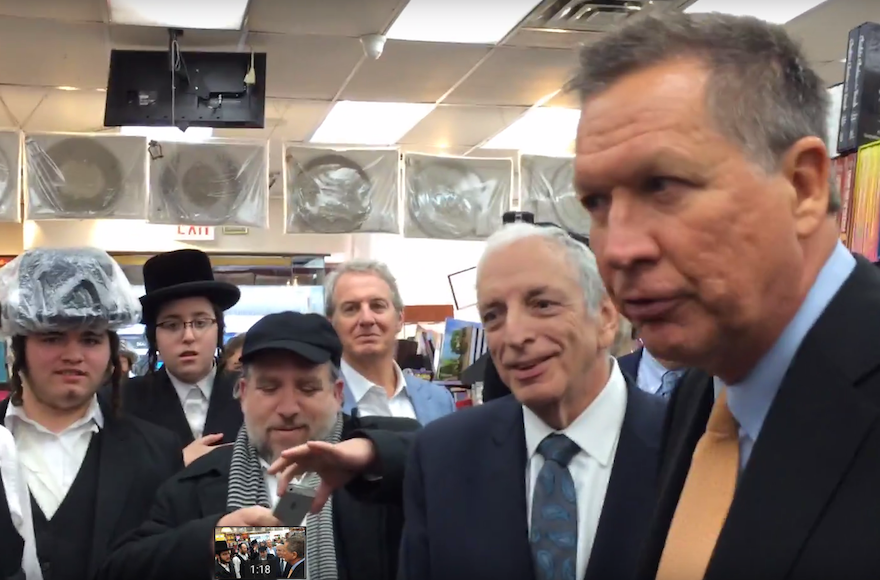 WASHINGTON (JTA) — John Kasich bantered with haredi Orthodox Jews about which biblical figure was most significant and other lessons from the Jewish Bible.

On Tuesday, the Ohio governor and one of three Republicans left vying for the party’s presidential nomination toured a Jewish book store in Borough Park, a Brooklyn neighborhood, Jewish Insider reported. New York state’s primary is on April 19.

“The story of the people are Abraham and God made a covenant with Abraham — not Moses!” Kasich told Ezra Friedlander, a haredi lobbyist who was escorting Kasich through the heavily Haredi neighborhood.

Friedlander had tried to explain that for Jews, Moses is considered the most important biblical figure, and more important than the patriarchs, because he brought the law to the Jews.

“Moses is up there,” Friedlander said, as Kasich, an Anglican who was born Roman Catholic, examined shelves of Jewish texts.

Kasich’s conversations seemed predicated on the assumption that his fervently religious interlocutors didn’t know much about Judaism.

“Have you studied Joseph?” he told a group of yeshiva students. “Did you hear the most important thing Joseph said to his brothers? ‘My brothers you meant it for evil, but God meant it for good.’ Did you know that?”