Honk if you love the Rebbe, New York! 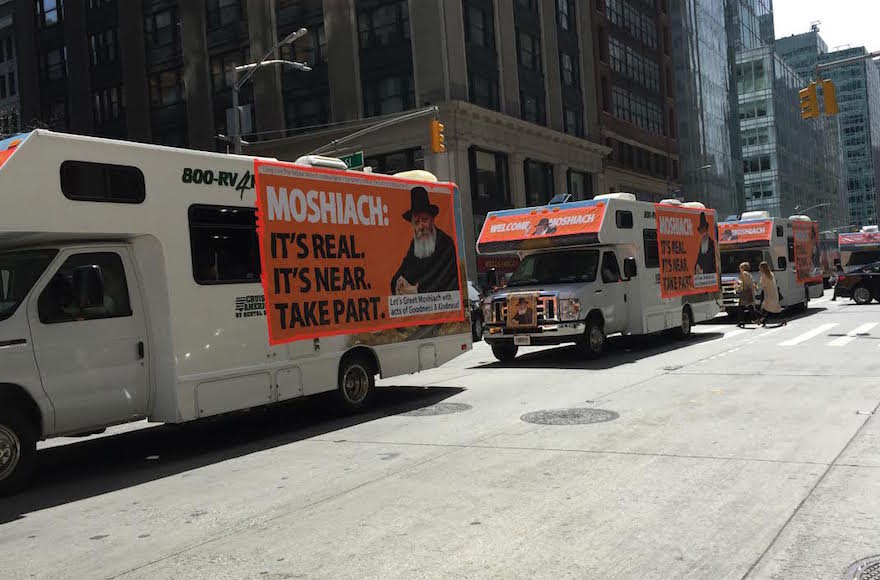 Manhattan traffic didn’t exactly come to a standstill (as promised, ominously, by the event’s organizers). But 66 Chabad-Lubavitch “Mitzvah Tanks” did draw curious stares and some impatient honks as they travelled city streets in celebration of the 114th birthday of the late Lubavitcher Rebbe.

On Houston now! Ready or not… Traffic in Manhattan is about to come to a standstill! (Is that even news in #NYC?! )

The convoy of RVs left from Chabad headquarters in Crown Heights, Brooklyn, Tuesday morning, crossing the Manhattan Bridge and crawling up 6th Avenue to Central Park and back down 5th Avenue. Twitter users documented much of trip.

The 66 vehicles mark the number of years since Rabbi Menachem Mendel Schneerson succeeded his father-in-law as leader of the Chabad Hasidic movement. Schneerson died in 1992, but is still revered by Jews around the world.

Tuesday also happens to be the day of the New York presidential primaries.

Individual Mitzvah Tanks are a familiar sight in New York City, staffed by Chabad men and boys offering Jewish passers-by the opportunity to perform a mitzvah, including wrapping teffilin for men and lighting Shabbat candles for women. Following the parade, the “tanks” scattered throughout the city, offering matzahs and brochures about celebrating the upcoming Passover holiday.