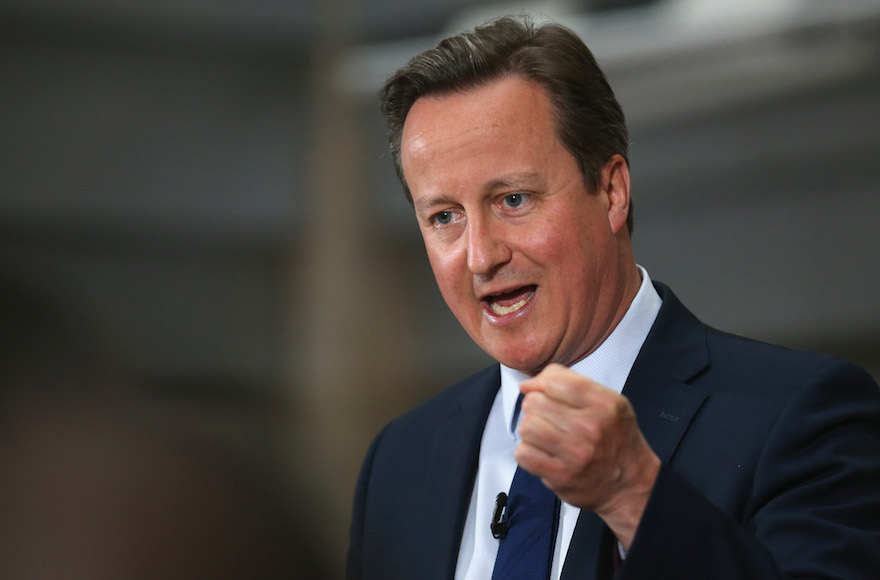 Cameron made the public demand on Wednesday, during Prime Minister’s Questions, a weekly session in the House of Commons during which lawmakers question the prime minister on a wide range of topics. He also repeatedly mentioned the current storm in the British Labour Party over anti-Semitism and racism.

The verbal battle came a day before local elections set to take place throughout the United Kingdom.

“He referred to Hamas and Hezbollah as his friends. He needs to withdraw that remark,” Cameron said during the questions. “Are they your friends or are they not? Because these organizations in their constitutions believe in persecuting and killing Jews.”

“He must stand up and say they are not his friends,” Cameron said.

“Anyone who commits racist acts or is anti-Semitic is not a friend of mine. I am very clear about that,” Corbyn said.

Miqdad Al-Nuaimi, a city councilman in Newport, South Wales, and Terry Kelly, a councilman in Renfrewshire Council, have been suspended “pending an investigation,” according to the party, The Telegraph reported.

In an article published Wednesday in The Telegraph, Britain’s Chief Rabbi Ephraim Mirvis said the Labour Party has a “severe” problem with anti-Semitism and called on Corbyn to take “decisive” action.

“All political parties share in the responsibility to rid our society of anti-Semitism but we cannot achieve that objective with political posturing or empty promises of action never to be fulfilled,” Mirvis said, after noting that Corbyn launched an investigation into anti-Semitism and racism in the party.

At least 50 party members have reportedly been suspended in the last two months over anti-Semitic and racist statements.

The following day, Labour said it would launch an investigation into anti-Semitism in the party. Corbyn also said in a statement that he would propose a new party code of conduct that would “make explicitly clear for the first time that Labour will not tolerate any form of racism, including anti-Semitism, in the party.”

Local elections in Britain, including for mayor of London, are scheduled for Thursday in a race that Labour’s candidate, Sadiq Khan, is favored to win, which would make him the first Muslim mayor of a major Western city. Labour, however, is expected to lose dozens of seats nationwide. Khan is among those who have called for Livingstone’s expulsion from the party.