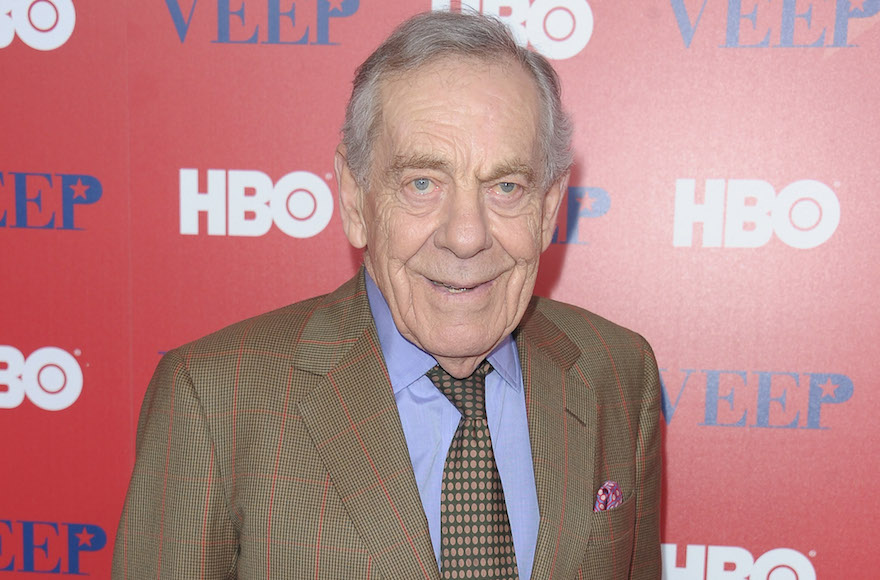 (JTA) — Morley Safer, a “60 Minutes” correspondent for 46 years who as a reporter helped turn American public opinion against the Vietnam War with his coverage showing U.S. atrocities, died Thursday.

Safer, who died a week after his retirement from the CBS newsmagazine was announced, filed his last report, his 919th, in March and reportedly had been ill. He died at his Manhattan home; the CBS announcement announcing his death gave no cause.

On Sunday, the network screened an hourlong retrospective about his career. Among the highlights noted by Safer, the winner of numerous journalism awards and 12 Emmys, was his 1965 dispatch that showed Marines torching the homes of villagers in a Vietnamese hamlet.

We are sad to report that legendary @60Minutes correspondent Morley Safer has died at 84: https://t.co/n2MbgKIKgf https://t.co/0jnW83YnwS

“Morley was one of the most important journalists in any medium, ever,” CBS Chairman and CEO Leslie Moonves said in the announcement of Safer’s death. “He broke ground in war reporting and made a name that will forever be synonymous with “60 Minutes.”

Safer, a Toronto native born to an Austrian-Jewish family, wrote a book, “Flashbacks: On Returning to Vietnam,” in 1990.

In a statement last week he said: “It’s been a wonderful run, but the time has come to say goodbye to all of my friends at CBS and the dozens of people who kept me on the air.”

Safer reported for the Canadian Broadcasting Corp. before joining CBS News in 1964. He first worked as a correspondent in London, and in 1965 opened a Saigon Bureau for CBS News.

He became London bureau chief in 1967, and reported from Europe, Africa and the Middle East before returning to Vietnam to cover the war.