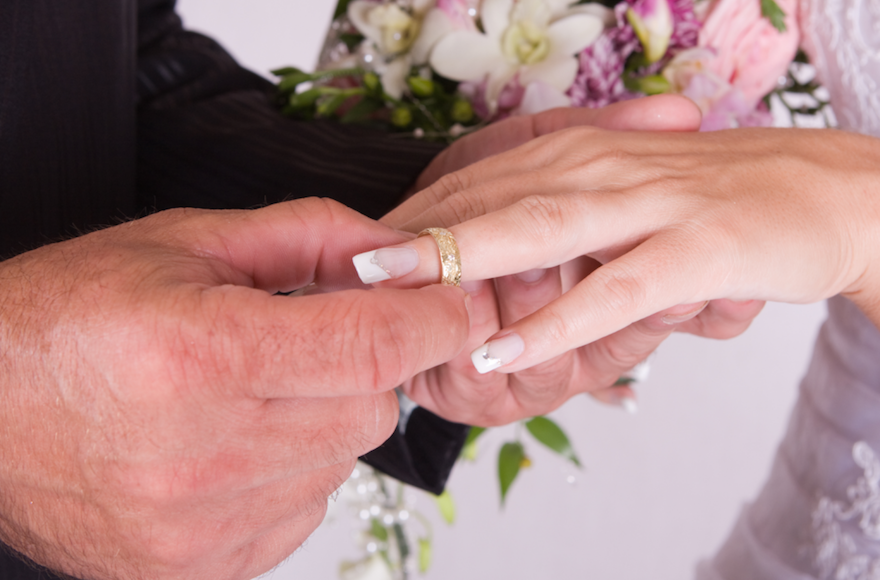 (JTA) — A Wisconsin couple filed a discrimination charge against an Illinois hotel owner who allegedly refused to host their interfaith wedding because it was not religious.

Alexandra Katzman and Jonathan Webber of Eau Claire, Wisconsin, filed the charge against the owner, Dave Anderson, with the Illinois Department of Human Rights, The Associated Press reported Wednesday.

Katzman is Jewish and Webber is Christian.

Webber and Katzman, who had gotten engaged at the inn, said they paid a deposit for a May 2016 non-religious wedding to be held at Bernadine’s Stillman Inn in Galena, Illinois, but when they tried to finalize details, the owner reportedly said he would allow only a Christian service.

“He just kept saying that he wouldn’t allow it or he would only allow ceremonies that allow God or religion,” Katzman told WGN-TV. “He said your wedding is not a good fit.”

Katzman and Webber, who are being represented by the American Civil Liberties Union, married at another site earlier this month but are hoping a state ruling against the inn will help future couples.

Hotel owner Anderson told WGN-TV that he can “only do religious weddings” claiming it was because of a city rule. However, the city said it has no such regulation.

Anderson declined to comment when contacted by the AP.