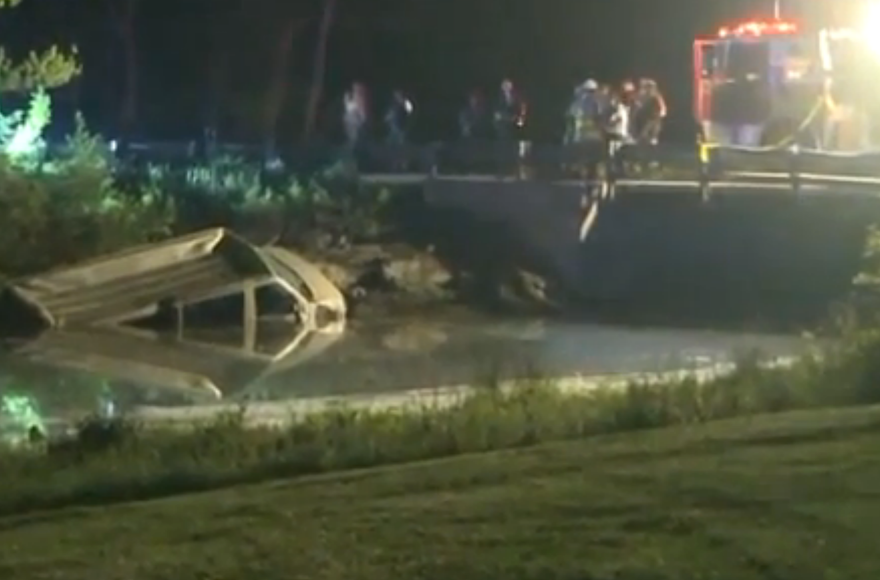 (JTA) — Three staff members of a Jewish summer camp in eastern Pennsylvania were killed when the van they were traveling in lost control and drove into a drainage pond near the camp just before 1 a.m. Thursday.

The two men and a woman, including the driver, were all seasonal workers at Camp Shoshanim, a summer camp for modern Orthodox girls associated with New Jersey Y Camps and located near Lake Como, Pennsylvania.

The victims, all Mexican nationals, were identified as Ana Rojas Lopez, 23; Diego Rivera Medrano, 22, and Ariel Jersam Galaviz Alvarez, 21. Another staff member is recovering in the hospital, and a fifth passenger was taken to the hospital and later released, according to a statement from camp directors.

The staff members were preparing Camp Shoshanim and its sister camp, Camp Nesher, for its summer opening on June 29, according to the statement.

In the statement, sent to parents of incoming campers, Esther Staum Katz and Jeff Braverman said the camps “grieve the tragic loss of three members of our camp family.” The two are the directors, respectively, of Shoshanim and Nesher.

According to the statement, the staffers “had used a camp van for personal reasons without authorization, and we have been working with the authorities to clarify details surrounding the accident.”

Police are investigating the incident and, according to Newswatch 16, investigators said the van was going too fast to navigate a sharp turn in the road.

The chief of the Northern Wayne Fire Company told the station that rescue crews hooked up chains to the van and turned it upright, but could not save the three victims inside.