Swedish nun who saved Jews from Nazis made a saint 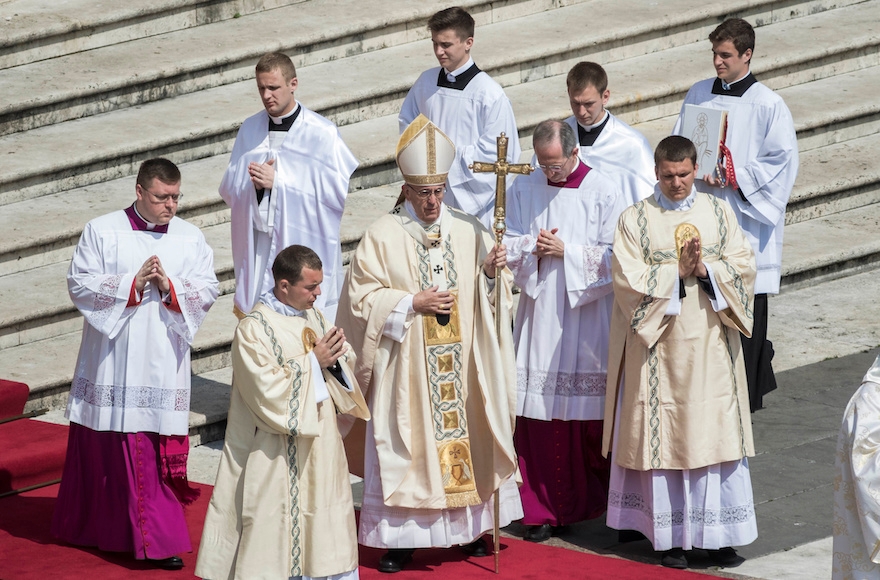 (JTA) — A Swedish nun who saved Jewish families from the Nazis during the Holocaust was made a saint.

Mary Elizabeth Hesselblad was canonized on Sunday by Pope Francis during a ceremony at St. Peter’s Square in the Vatican. She becomes the first Swedish saint in more than 600 years.

Hesselblad converted to Catholicism after being born a Lutheran. She saved at least 12 Jews during the Holocaust, hiding them in the convent in Rome where she served as mother superior. The Jews remained hidden for about six months, until the end of the war.

She was recognized as a Righteous Among the Nations by Israel’s Yad Vashem in 2004.