13 insects and other strange organisms named after Jews 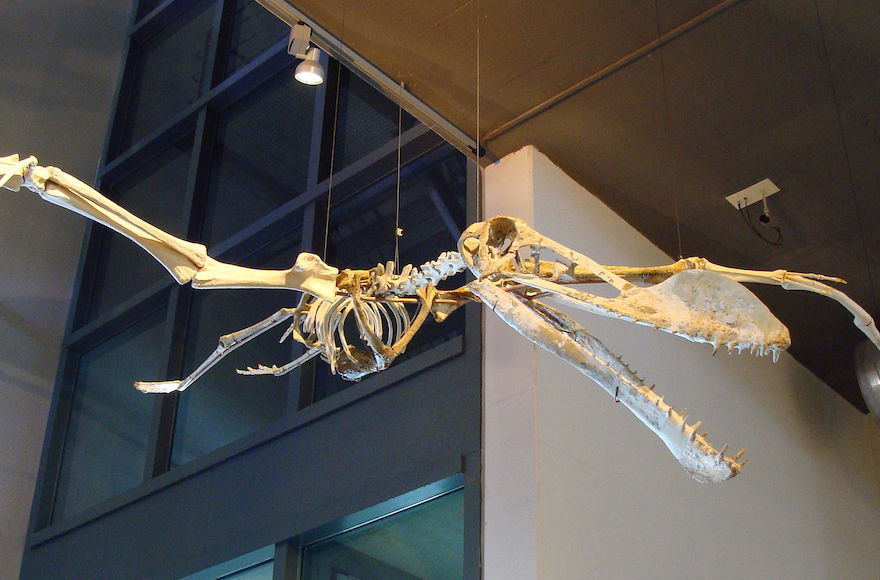 Researchers from the museum said they meant to honor the Jewish justice’s “relentless fight for gender equality.”

It makes sense. Ilomantis ginsburgae is the first mantis classified by distinct qualities in its female reproductive parts, rather than its male ones. Plus, the bug has a neck plate that resembled Gisburg’s trademark ruffled collars.

As it happens, Ginsburg is far from the first Jewish celebrity to be so honored. Here are 13 more of the world’s most Jewish insects and organisms, preceded by their namesakes. 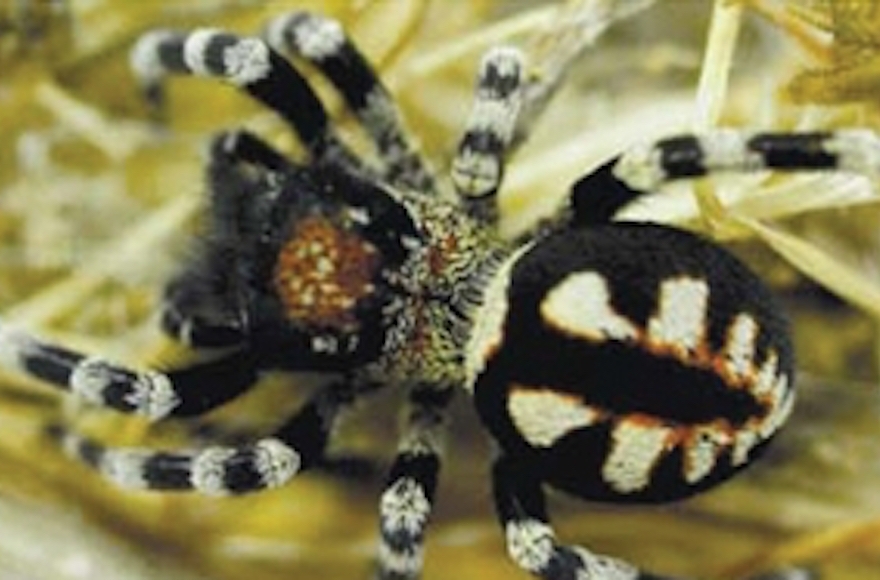 This species is classified among a rare group of “velvet spiders” and lives underground — so it’s only natural that it bears the name of the late Velvet Underground frontman. Israel is one of the few countries in the world where the species is found.

Since 1997, this extinct marine arthropod (an invertebrate creature with an exoskeleton and antennae) from the Silurian geological period has been named after the late punk icon (née Jeffrey Ross Hyman). The other, non-Jewish members of The Ramones have their own trilobite namesakes as well. 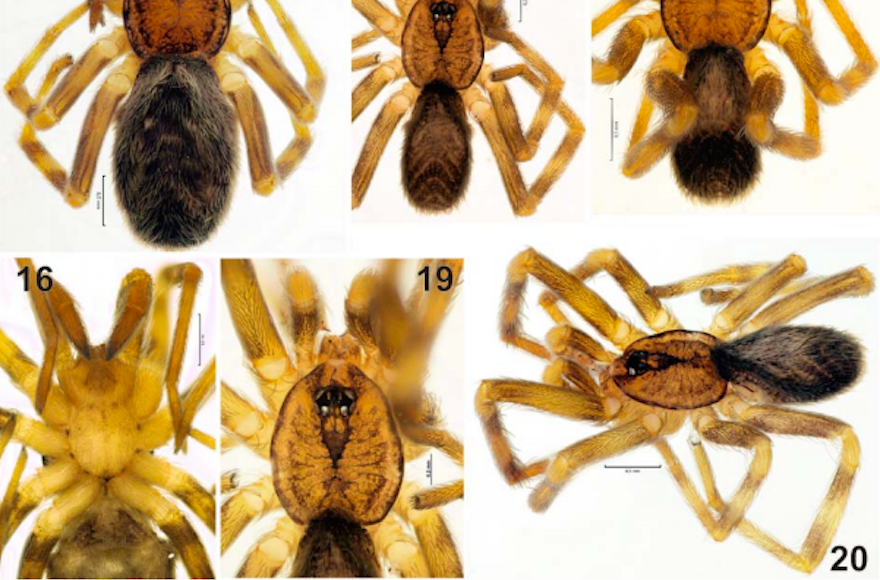 This one is a no-brainer. The Jewish actor starred as Spider-Man in two films released in 2012 and 2014. And yes, Tobey Maguire, who played Spider-Man in a series before Garfield did, also has a spider species named after him.

The German-Jewish philosopher and economist (whose maternal grandfather was a rabbi) has a pair of wasps named for him. No word on the wasps’ feel about the division of labor in their nests.

The “Jurassic Park” director has a real-life dinosaur — a pterosaur found in Brazil — named after him.

This moth is described as one of the thinnest in the Lepidoptera (moth and butterfly) family, and it burrows so deep inside the plant it feeds off of that it seems to disappear. Sound like a magic trick? 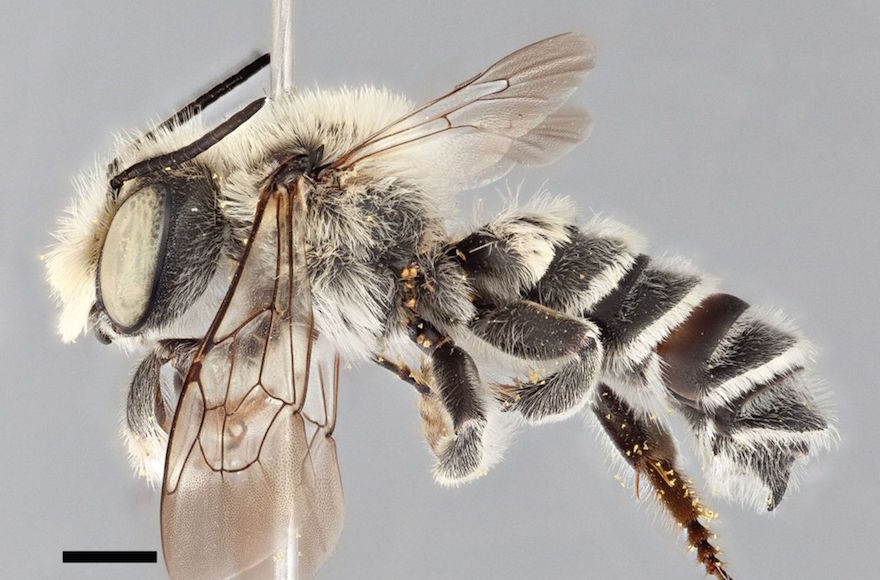 Some forget that the far-left political theorist was first a linguistics professor — which may be the reason this long-tongued bee species was named after him.

Other musicians who have Avalanchurus trilobites named for them include John Lennon and Ringo Starr. 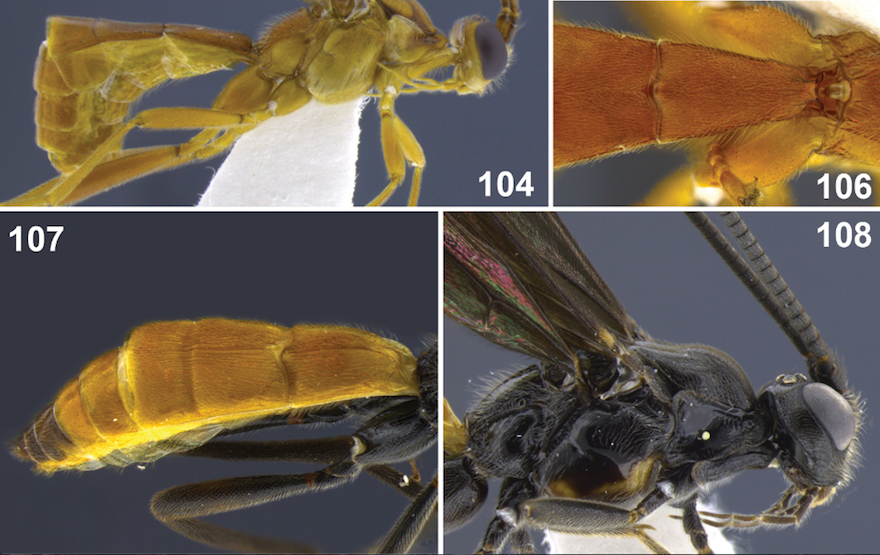 Researchers didn’t explain why this specific wasp was named after the former “Daily Show” host. But Stewart was known to make the occasional WASP joke.

The legendary songwriter’s dedication to environmental causes inspired Mississippi College professor Bill Stark to name one of the 390 or so stoneflies he classified after her.

Eccentric American taxonomist Alexandre Girault named this wasp after the Polish-Lithuanian inventor who created Esperanto, the world’s most successful constructed language, because he liked him. You need a better reason?

In 1897, the pioneering psychologist wrote about a patient who had an anxiety-inducing experience with scarab beetle as a child and associated a variety of feelings with the bug. But what really motivated researchers to name this beetle after him is anyone’s guess.