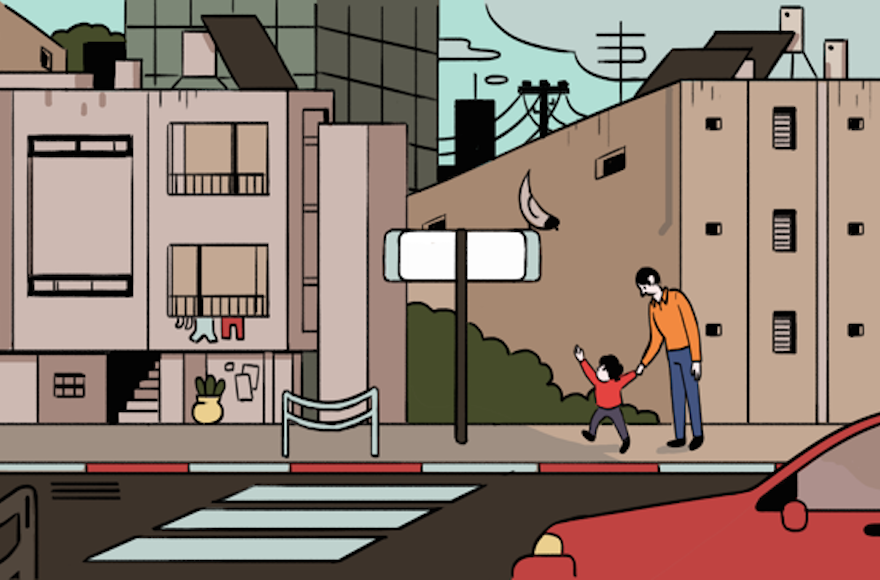 An image from the animated film about the 17th-century Jewish philosopher Baruch Spinoza. (Courtesy of Beit Hatfutsot-Museum of the Jewish People)
Advertisement

TEL AVIV — Say the words “Jewish” and “superhero” together in a sentence, and most people will likely think of Gal Gadot, the dark-haired former Miss Israel who’s better known these days as Marvel’s Wonder Woman.

Milton Maltz wants to change that.

The Cleveland, Ohio-based philanthropist and businessman is a longtime friend of Tel Aviv’s Beit Hatfutsot-Museum of the Jewish People. And when he got wind of the museum’s plans for a massive $100 million upgrade, one particular exhibition piqued his interest.

“Heroes – Trailblazers of the Jewish People,” the first installation in the museum’s new Family Gallery — an exhibition hall that will host rotating kid-centered presentations — will be unveiled as part of the Museum of the Jewish People’s overhaul. The exhibit explores the extraordinary strength, speed and smarts of 140 legendary Jewish figures who made a supernatural imprint on the legacy of the People of the Book.

But unlike caped crusaders, there are no feats of X-ray vision or mind manipulation here. All of the figures whose stories are told in this exhibit are superheroes of the humble, fully human variety, and their impact is felt not in defending the universe but in fields such as science, culture, sports and politics.

It’s a bit of a classic bait and switch, with some old-fashioned Jewish chutzpah and history thrown in.

“Children enjoy seeing and hearing about superheroes as presented in film, comic books and media in general,” said Maltz, who with his wife, Tamar, is the exhibit’s primary donor — referring to Superman, Batman and the like. “What we are doing here is taking that approach and focusing it on our Jewish culture. Therefore, we are able to reach children via a genre to which they are already attached.” 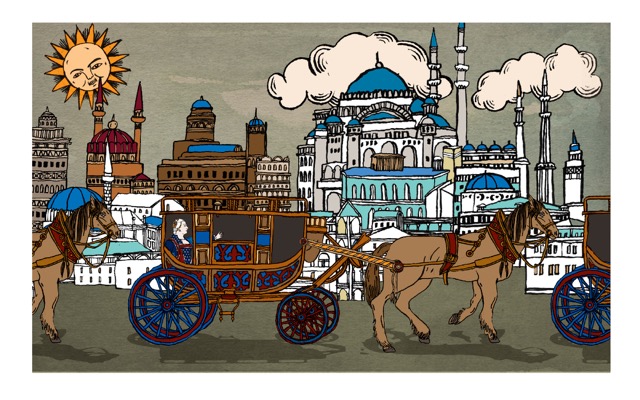 An image from the animated film about Dona Gracia Nasie, a Jewish entrepreneur from the 16th century. (Courtesy of Beit Hatfutsot-Museum of the Jewish People)

The gallery’s 4,800 square feet has been portioned into eight sections, each representing a different category of Jewish hero. In addition to nearly superhuman athletes — like Olympic swimmer Mark Spitz and Dodgers’ pitcher Sandy Koufax — there are scientists, economic leaders, revolutionaries, cultural leaders, philosophers, leaders and people of courage. Each section features cutting-edge technology and interactive stations, so children not only can read about the lives of heroes but actually play at being the figures themselves.

Visitors can jump into a flight simulator and see the world like Lydia Litvyak, a female pilot who flew missions against Nazi warplanes, or take a spin at cracking Morse code like Israeli spy Eli Cohen.

For a Jewish-themed take on the supernatural power of knowledge, visitors can take a trip into space from the perspective of Albert Einstein or play an interactive science game while role-playing Israeli inventor Simcha Blass.

At its core, the exhibit looks at the idea of bravery, examining how the story of the Jewish people has been marked by both wits and guts.

“You have to start with the question: What is a hero?” said Dvir Zur, one of the exhibit’s curators. “It’s a difficult question to answer, and when you’re talking about Jewish or Israeli kids, it’s even harder because society has a tendency to mark certain criteria as belonging to heroes — usually connected with violence, like the soldier or the guy fighting. But being a hero is also about just being brave and standing for what you think is right.”

Zur said he was inspired by his own small kids and his young cousins when brainstorming the components of the exhibit. It’s not an easy thing to sell Jewish history as something as cool as Spiderman, he admits, but he thinks the exhibit does the trick.

An image from the animated film about the Baal Shem Tov. (Courtesy of Beit Hatfutsot-Museum of the Jewish People)

“You can’t just say, ‘Hey kids, look at Theodor Herzl or Albert Einstein. Look at how cool it is to sit in a lab,’” Zur said with a laugh. “You have to show kids the angle through which they can identify their own narrative, and show them parts of their own identity that are connected with these characters.”

A major component of that philosophy is diversity, making sure that all children who visit the exhibit — male or female, black or white or any color in between — can relate.

“Two things that we always kept in mind [while building the list of heroes] were gender and ethnicity,” Zur said. “We didn’t want to have an all-male list of heroes because that wouldn’t be politically correct, and also it would be untrue from a historical perspective.”

Before the exhibit’s young visitors leave the gallery, they will have the opportunity to make their own mark on Jewish heroism by writing notes about what they think comprises a Jewish hero and posting them to a board for others to view.

At home, they can continue their experience by logging on to a complementary website linked to the exhibit. The museum also has a series of children’s books on Jewish heroism in the works, and is in the process of producing educational materials designed for Jewish schools and summer camps.

“There are various ways to impress young people with the importance of our heritage,” Maltz said. “[My wife and I] know that a well-executed exhibit is one of the finest teaching tools that can be used to tell our story.”

READ: Telling the Jewish story in a museum’s halls — and its school without walls