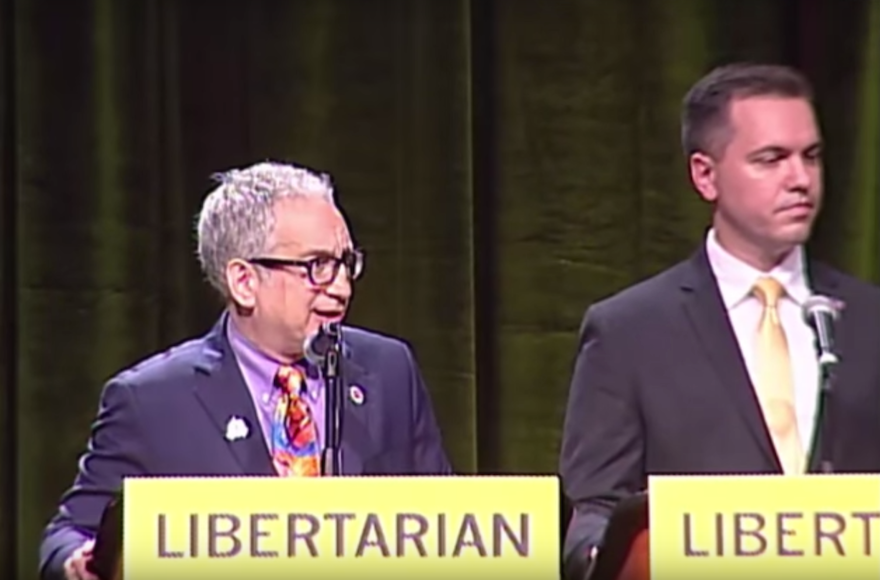 WASHINGTON (JTA) — Marc Allan Feldman, a candidate for the Libertarian presidential nomination who pitched his candidacy citing Jewish lore, was found dead in a hotel.

Feldman, a Cleveland Clinic doctor, was found in a Cleveland-area motel on Wednesday, the Cleveland Plain Dealer reported. He was 56. Coroners have yet to list a cause. The motel alerted police after a woman in his room said he was unresponsive.

Feldman announced his candidacy in May with a 20-minute video that included Jewish jokes, a story his rabbi told him about a Holocaust survivor who found her niece after the war and his own wrenching story of losing a teenage son to cancer.

Unusually for a Libertarian, he framed his appeal in quasi-religious terms.

“How do you make a miracle happen?” he said. “Start by asking for what you want, and see what you get. Sometimes you’re not given what you ask for, you’re given what you need.” He called himself the “No fear” candidate.

At the Libertarian convention at the end of May, he came in fifth, but earned a standing ovation for his concluding remarks at the debate, delivered in the form of a rap.

“Wonderful sense of humor and a good guy,” Johnson said on Twitter.

The Libertarian ticket, which usually barely registers in the general election, is expected to perform better than usual this year because of the unhappiness among some longtime Republicans with Donald Trump, the presumptive Republican presidential nominee.