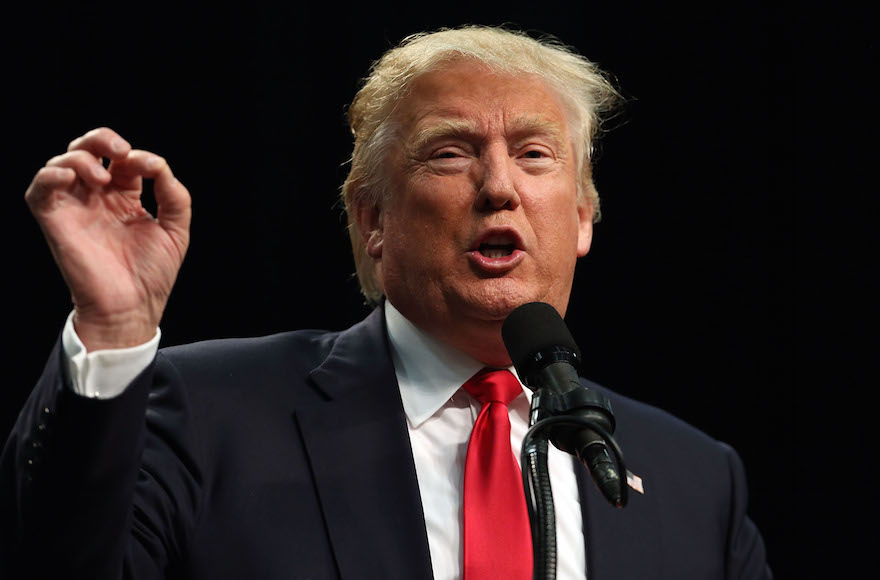 (JTA) — Donald Trump blamed the “dishonest media” for the dust-up over a tweet showing a Star of David shape and dollar bills superimposed over an image of Hillary Clinton.

On Monday, Trump made his first response to the controversy since his official account tweeted— then deleted — the image Saturday following the uproar over possible anti-Semitic connotations and a website linked to a far-right anti-Semitic movement.

“Dishonest media is trying their absolute best to depict a star in a tweet as the Star of David rather than a Sheriff’s Star, or plain star!” the presumptive Republican presidential candidate tweeted Monday, The Associated Press reported.

The tweet, which bore the words “most corrupt candidate ever” inside a red six-pointed star, later posted a new version with a circle in place of the six-point star.