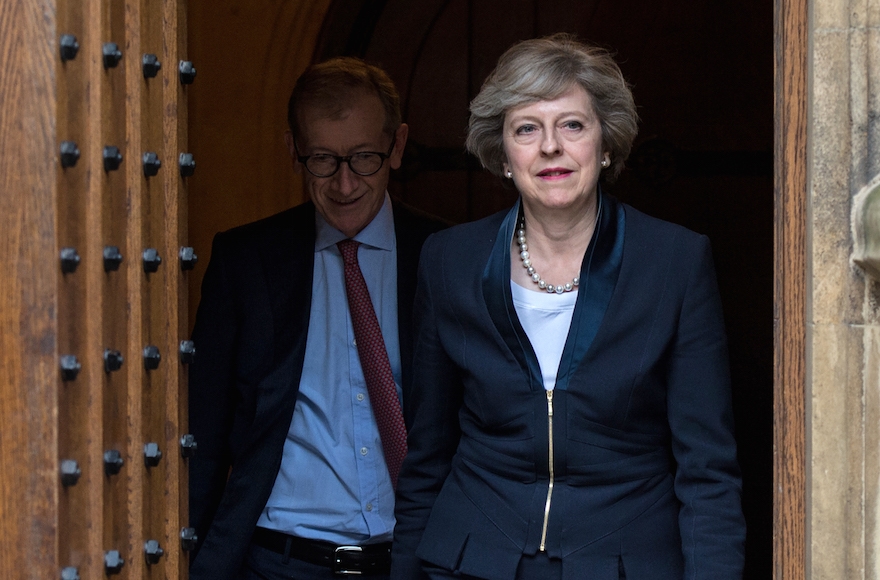 The Israeli prime minister wrote May, who officially succeeded David Cameron as prime minister on Wednesday, a letter of congratulations and felicitations following her installation, his office shared in a statement.

May, 59, is considered a longtime friend of Britain’s Jewish community and a strong advocate for Israel.

She was named party leader Monday following weeks of jockeying and political turmoil surrounding the decision by voters to leave the European Union and Cameron’s subsequent decision to step down.

As the country’s home secretary, May was known to be a frequent guest at Jewish communal events, where she would praise Israel and British Jewry’s contributions to the country. The Community Security Trust and other Jewish groups thanked May for securing significant government funding to protect Jewish institutions in the wake of terrorist attacks in Europe.

Supporters recalled Monday that following the terrorist murders in 2015 at a kosher supermarket in Paris, May carried a sign at a Board of Deputies of British Jews meeting reading “Je Suis Juif” (I am Jewish) in solidarity with its victims.