Police, people of color and a Jewish dream of justice 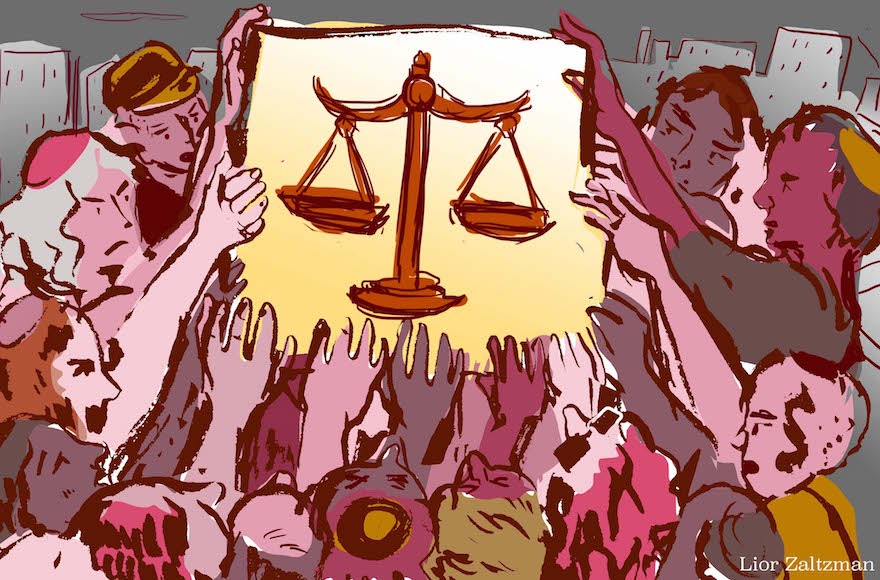 NEW YORK (JTA) — Last week, we watched in horror and dismay as violent event after violent event unfolded, each amplifying and recontextualizing the one before it. By Friday morning, July 8, five Dallas police officers were dead, three black men had been killed by the police (including the Dallas shooter), and countless families were broken and traumatized.

On Friday evening I was in the streets marching, chanting our movement’s simplest, yet most elusive assertion, “Black Lives Matter.” As a black person and a Jew, I was asserting the value of my own being — attempting to claim agency over my own body and the bodies of those who look like me in the face of racism and violence.

I usually find these marches and rallies empowering, but on this night I was deflated and sad. As we marched through the rapidly gentrifying streets of New York City, I couldn’t stop watching the faces of those people, especially white people — presumably many of them Jewish — who sat in outdoor cafes sipping wine or coasting by in the backseats of taxis. Some cheered or raised a glass, others gawked mutely; some were obviously annoyed at the minor disruption to their day. I joked darkly to a Jew of color who was marching with me that all of our signs should just say, “If you’re standing there, reading this, then you are part of the problem.”

On Sunday I joined a group of Jewish people of color, organized through Jews For Racial & Economic Justice, or JFREJ, to process and hold space for each other after a week of pain.

Many of those in the room with me have been active in the fight to pass the Right To Know Act , a piece of legislation before the City Council here that would help address the very issues that have brought our nation to this terrifying moment. It would create more trust and mutual respect between communities and the police by requiring officers to identify themselves with a business card when they stop you on the street, thus allowing you to follow up if you believe you were stopped or searched in a discriminatory or illegal manner.

It would also provide a remedy for unconstitutional searches by requiring officers to inform people when they have the right to refuse a search.

The bill would protect everyone in New York by empowering citizens and creating a bond of trust with the police. Our Jews of Color Caucus has been working with the rest of JFREJ as part of a wide coalition of grassroots organizations, Communities United for Police Reform, in a tireless effort to pass this bill. And it was my job on Sunday to tell everyone, even after the week that our country had been through, that the bill is still not on the calendar for a vote in the City Council. We actually have a council majority for both bills, enough to pass the legislation. But it still hasn’t been brought up for a vote even though not a single other police reform bill has passed in New York since the death of Eric Garner two years ago. 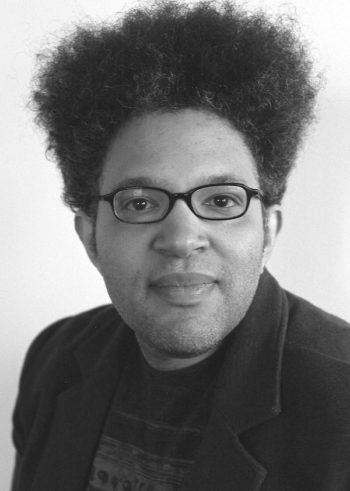 As I looked at the demoralized faces in the room, I understood why the week left us all so drained and depressed. For decades people of color have protested against discriminatory and violent policing. And while there have been some meaningful victories over the years, we have yet to win the true accountability that we need to secure our full civil rights and dignity. Ever since the death of Garner in my city — in some ways ever since the beating of Rodney King in Los Angeles 25 years ago — we’ve had the proof right in front of us, on our screens. We thought this new phenomenon — ubiquitous cameras providing new evidence of an enduring injustice — would shock the nation into action, but it hasn’t. We have organized and marched and rallied, thinking it would move the nation to value our lives and reform its policing. But it hasn’t.

All across America, local community groups are working to pass bills and make policy reforms such as the Right To Know Act. Each effort tries to address some small piece of the problem of racism and police violence — to chip off some tiny piece of the iceberg and make some progress. Our movement is growing, but not fast enough. Unless the Jewish community and everyone who is now watching from the sidelines gets involved, we will be sharing these tragic videos for years to come. Now is the moment to say “never again — not one more.” Now is the moment for white Jews to join us in the streets, to call your legislators, to donate your time and money. To invest in a future where we never have to enter Shabbat with the echoes of gunshots in our ears.

The only way we can ensure a future in which black lives matter and the police are trusted and respected by all is if white Jews, and all Americans, actively participate in the campaigns for racial justice and police accountability being waged all across the country by local organizations, especially those led by people of color. We can win, but only by creating movements too powerful to be ignored. In this struggle there is no neutral ground — if the Jewish community isn’t part of the solution, then it is part of the problem.

Like those people watching us march past them, most Americans don’t see this as their problem to solve. As Jews, we know what it means to fight for our survival while those around us do nothing. And as a Jew of color, I am tired of feeling abandoned by my friends and my larger Jewish community when they sit on the sidelines rather than fighting for my safety and full humanity.

Though  these weeks have been painful, I am still filled with hope for change and certainty that we will win. All I have to do is look at the community I am lucky enough to work with — the powerful, brilliant Jews of all races who are struggling for racial justice every day. They remind me of the most potent parts of our tradition: those that call us to strive for justice even in the face of seemingly insurmountable odds. We won’t give up — we will pass bills like the Right to Know Act. With Jews at my side, I will be out in streets fighting for justice. Will you be there with me?

(Leo Ferguson is the community and communications organizer for Jews for Racial & Economic Justice.)