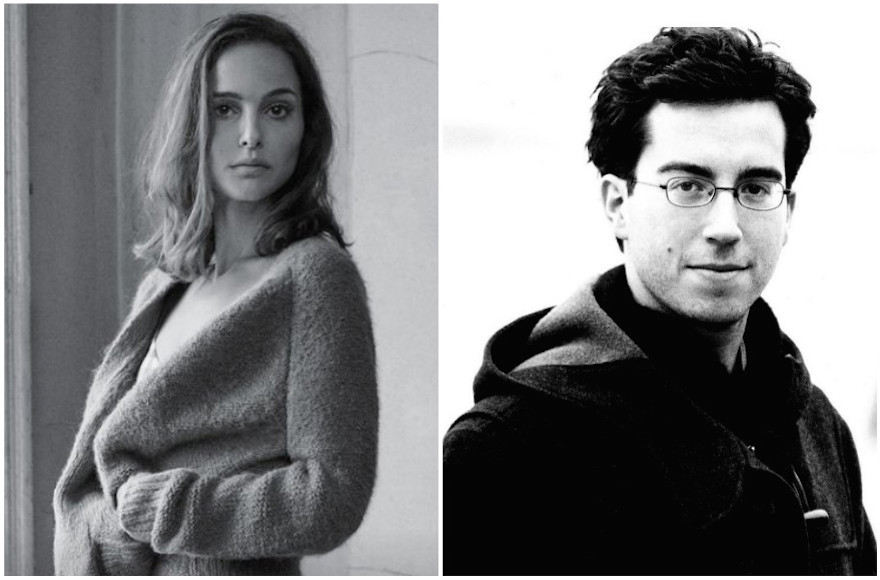 Raising eyebrows in New York’s catty journalism and literary circles, T: The New York Times Style Magazine allowed “Extremely Loud and Incredibly Close” author Jonathan Safran Foer to “profile” his “friend” Natalie Portman for this week’s issue. The article is presented as a series of their emails to each other.

As Foer explains in the first email published in the piece, the two had exchanged messages since 2002, but the correspondence disappeared earlier this year (an occurrence Foer blames on “being the world’s last Hotmail user”).

Until 2013, Foer was married to fellow Jewish author Nicole Krauss— but that didn’t stop him from allegedly developing feelings for Portman. Gossip sites widely reported that Foer eventually told Krauss he was in love with a movie star but forgot to check in with Portman — a vegetarian Harvard grad who had signed on to produce a documentary based on his nonfiction book, “Eating Animals” — about her feelings first. Portman is married to French dancer Benjamin Millepied, with whom she has a son, Aleph.

Portman’s and Foer’s friendship-slash-unrequited romance reportedly developed over email. Is the T piece a nod to the rumors? If not, the format — featuring coy banter amid the discussion of “creator’s passion” and the “proximity to history”— seems oddly coincidental.

The interview touches on several Jewish ideas: Portman gets into Hebrew etymology and her love of the Shabbat concept; Foer, who has a new novel slated for release this fall, describes her upcoming directorial debut as a film about “Jewishness,” among other things. (It’s a Hebrew-language adaptation of Amos Oz’s memoir, “A Tale of Love and Darkness.”)

Vox has called the story “awkward” and Jezebel has called it “painful.” Here, we detail some of the exchange’s most annoying moments.

Foer: “You came to one of my first readings for my first novel, and in the 15 years of friendship that have followed, we’ve known each other through many other firsts.”

There are so many reasons why this could be read the wrong way.

Foer: “When The Times suggested this piece, and it became clear we weren’t going to be in the same place for long enough to allow for a traditional profile — me observing you at the farmer’s market, etc., which would have felt ridiculous, anyway — I was happy to think of the lost correspondence being somehow replenished with, or redeemed by, a new exchange.”

What aspect of their “lost correspondence” demanded “redemption”? Is this a confession, or a bit of misdirection?

Depending on how one reads it, this sounds like a bad college essay prompt or the opening remarks of a GOP speech.

Foer: “For the last half a year, we have played a game at dinner called the Wonder Line. If one of the kids can tell me something that generates the experience of wonder — the cocked head, slight nod, raised eyebrow and muttered ‘hmmm …’ — we call it ‘clearing the Wonder Line.'”

We get it, your kids are future novel-writing philosopher geniuses like yourself — and your family (see Franklin; Joshua).

Portman: “What has cleared my Wonder Line recently? Yesterday we saw five bunnies when we left the community pool, and they didn’t clear my Wonder Line, but the look in my son’s eyes definitely did… He also made prolonged eye contact with a horse, during which it was pretty clear they were having some sort of communication. That made me feel wonder.”

Saying “it was awesome” would suffice.

Portman: “An ex-boyfriend of mine used to call me ‘Moscow,’ because he said I was always looking out the window sadly, like ‘Moscow,’ like some Russian novel or Chekhov play… I have that longing, yearning, it’s-better-over-there tendency…  Do you remember how in the ’90s there was this sort of “sad girl chic”? Like “Reviving Ophelia” and Fiona Apple, and just a lot of sad, beautiful girls.

We get it: You’re beautiful.

Foer: “Not even Shabbat can stop the clock — two have moved from the future to the past in the course of our having this exchange.”

That’s Foer-speak for “we’ve been corresponding for more than two weeks.”