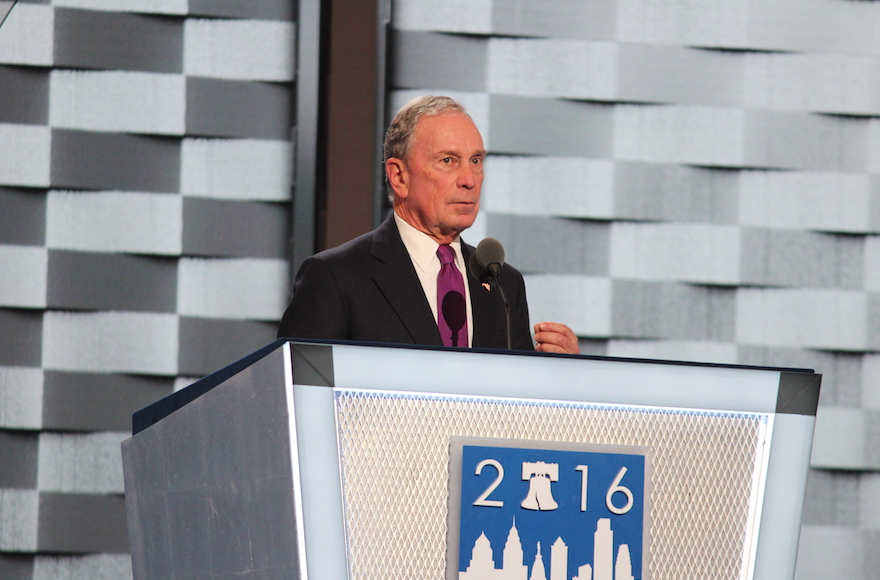 The Republican presidential nominee took aim at Bloomberg, who is 5′ 8″, on Friday morning, two days after Bloomberg said at the Democratic National Convention that Trump is “a risky, reckless, and radical choice” that the United States cannot afford to make.

“’Little’ Michael Bloomberg, who never had the guts to run for president, knows nothing about me. His last term as Mayor was a disaster,” Trump said on Twitter about Bloomberg, a billionaire who was mayor from 2002 to 2013.

In 2012, Trump wrote on Twitter: “Mike Bloomberg is doing a great job as mayor of New York City. Ray Kelly is a great police commissioner.”

But on Friday, Trump wrote: “If Michael Bloomberg ran again for Mayor of New York, he wouldn’t get 10% of the vote – they would run him out of town!” He ended his tweet with the hashtag “#NeverHillary” in reference to his Democrat opponent, Hillary Clinton.

At a rally in Davenport, Iowa, on Thursday afternoon, Donald Trump said he wanted to “hit” several unnamed speakers at the Democratic National Convention “so hard” they would “never recover.”

Several news organizations, including the New York Times, speculated that the person Donald Trump was referring to was the former New York Mayor Michael Bloomberg. Bloomberg, who is Jewish, in 2014 won the Genesis Prize, an annual prize dubbed the “Jewish Nobel.”