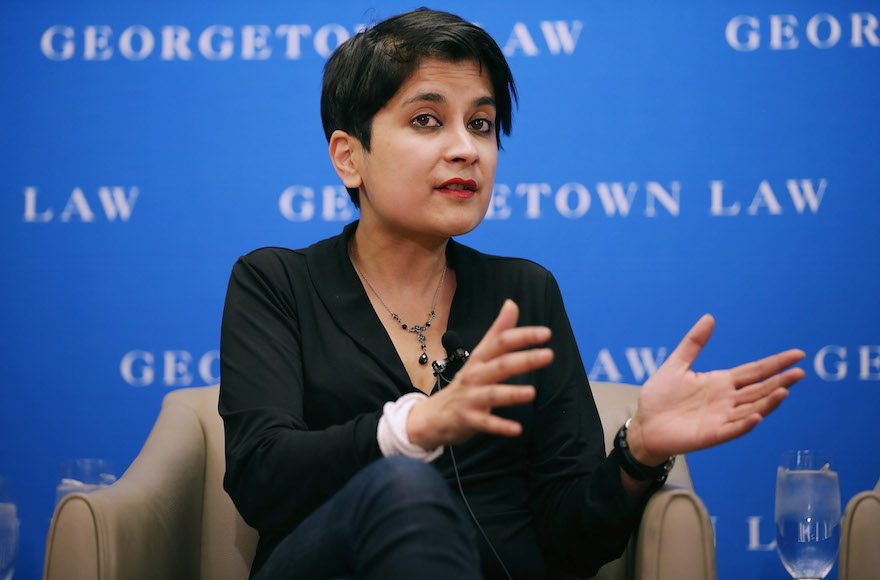 (JTA) — British Jews accused the head of the United Kingdom’s Labour party of rewarding the author of a “whitewashed” report about the party’s anti-Semitism problem by appointing her a lawmaker.

Shami Chakrabarti, a human rights activist and Labour member, was recommended by Labour for peerage – a term that means being appointed to the House of Lords — on Thursday, less than two months after she submitted a report asserting that, while there is “occasionally toxic atmosphere” against Jews in Labour, anti-Semitism is not prevalent in the party’s ranks. Peerage is ultimately given by the Royal House.

The report was written following dozens of anti-Israel statements by Labour lawmakers since Jeremy Corbyn, a radical left-wing lawmaker who called Hezbollah and Hamas his “friends” in 2009, was elected to head the party last year. He has since said he regrets calling these anti-Semitic terrorist groups his friends.

“It is beyond disappointing to see this,” Gillian Meron, a member of the Board of Deputies of British Jews, said on the BBC Friday about Chakrabarti’s nomination. “It looks like a real question about the independence” of the report. “It looks like a reward of peerage for the delivery of a report which was something of a whitewash.”

In a highly unusual statement for his nonpartisan umbrella group, Board of Deputies President Jonathan Arkush said earlier this year that most Jews “can’t trust” Labour under Corbyn, whom Arkush accused of encouraging anti-Semitic vitriol with his anti-Israel rhetoric.

The peerage system, which contains elements brought over from when Britain was ruled by monarchs, is often criticized as undemocratic because it involves the appointment to the upper house of members who are not elected directly by the constituents, but who are instead appointed based on their perceived merits.

Advocates of the system argue it does not infringe on the democratic process, as the House of Lords has relatively truncated powers.

“If anybody still took Shami Chakrabarti’s report or Jeremy Corbyn’s declared opposition to antisemitism seriously, this must be the final straw,” Jonathan Sacerdoti, the organization’s spokesperson, said in a statement. “She did not tackle allegations of antisemitism in the Labour Party or their woeful handling by Jeremy Corbyn, and she even refused to adopt a definition of antisemitism. Having promised to never send anyone to the House of Lords, that is exactly what Jeremy Corbyn has done in return for a clean bill of health.”

A spokesperson for Corbyn’s office defended the nomination in an statement made to The Guardian:
“Shami Chakrabarti shares Jeremy’s ambition for reform of the House of Lords. Her career has been one of public service and human rights advocacy. Her legal and campaigning skills, and the trust that she has gained from many ordinary Britons, will be a considerable asset to the House of Lords.”