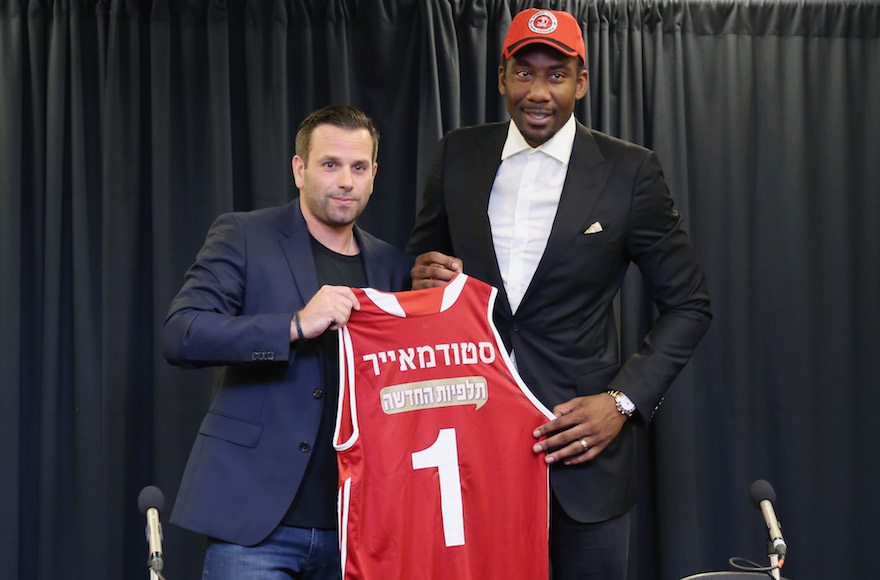 (JTA) — Amar’e Stoudemire, the former NBA star whose two-year deal with the Israeli team Hapoel Jerusalem was announced last week, said he could have stayed in the NBA, but elected to play in the Jewish state instead.

“I turned down a lot of money in the NBA to play for Israel, so it’s not about the money at all, it’s about winning championships,” Stoudemire said in an interview published on the Walla website and cited by the Times of Israel.

Stoudemire arrived in Israel on Friday and headed immediately for Dimona, the southern city home to a large community of African Hebrew Israelites, African-American immigrants to Israel who believe they are descendants of the biblical tribe of Judah. The former Phoenix Suns and New York Knicks star has long touted a connection to Judaism and his “Hebrew roots.” He has traveled to Israel several times, including a 2013 trip as the assistant coach of the Canadian basketball squad competing in the Maccabiah Games, and has a Star of David tattoo.

Stoudemire told Israeli media he would play for the national team if he received Israeli citizenship.