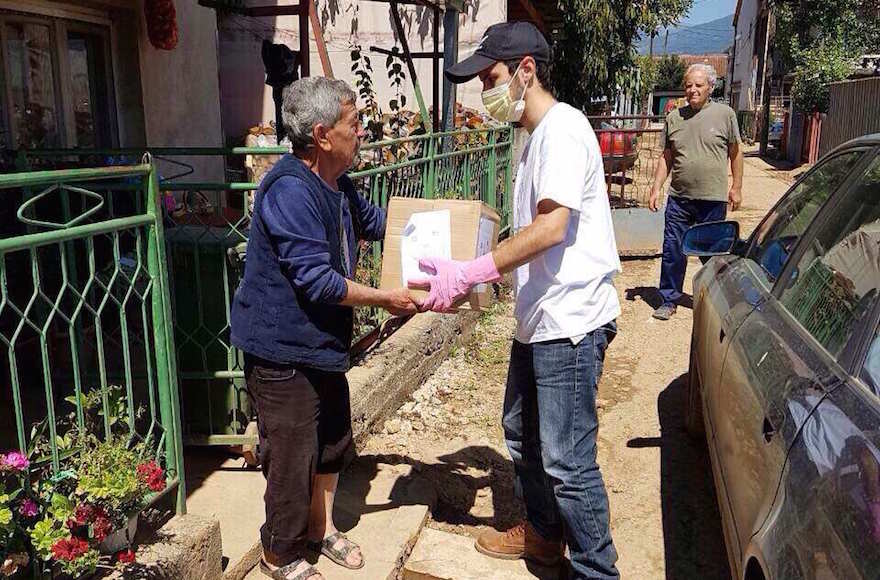 A volunteer delivering hygiene relief kits to Macedonians affected by a devastating flood that hit the region in August 2016. (Courtesy of JDC)
Advertisement

(JTA) – Members of the tiny Jewish community of Macedonia and the American Jewish Joint Distribution Committee distributed hundreds of aid packages to victims of deadly floods that forced thousands from their homes in the Balkan nation.

The JDC, along with the Jewish Community of the Republic of Macedonia and the Holocaust Fund of the Jews from Macedonia, created and distributed 1,000 hygiene relief kits throughout the hardest-hit areas, JDC said in a statement recently.

Macedonia has a Jewish population of about 250, according to JDC and European Jewish Congress, from more than 10,000 before the Holocaust.

The packages, created at a Jewish community volunteer event on Aug. 14, will help address personal and household hygiene needs, a critical component in flood recovery zones.

Torrential rain and floods in the Macedonian capital have left at least 17 people dead and 60 others hospitalized, authorities said earlier this month. Six others are missing.

Koce Trajanovski, mayor of the Macedonian capital, Skopje, described the damage as “the worst Skopje has ever seen,” The Wall Street Journal reported.

“Our response puts into action the Jewish teaching that every individual life has value and it is our duty to offer care and relief in in times of disaster, no matter a person’s background or faith,” Alan Gill, CEO of the JDC, said in a statement last week.