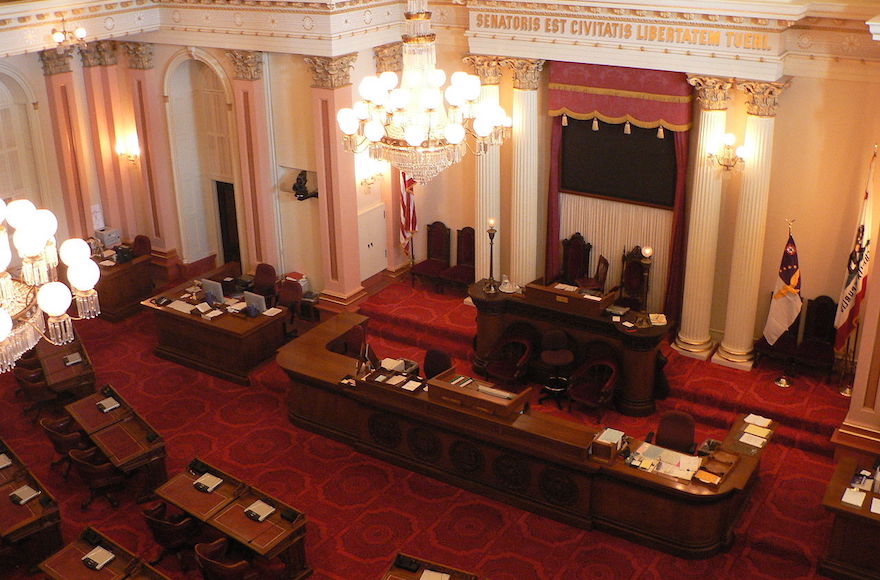 (JTA) — The California State Assembly voted 60-0 on Tuesday to send an anti-BDS bill to the governor for approval, a week after the Senate passed it.

The bill, which the Senate passed in a 34-1 vote on Aug. 24, differed from its original version introduced in April by Assemblyman Richard Bloom, a Santa Monica Democrat, The Jewish Journal reported.

The earlier version banned the state from making contracts worth over $100,000 with companies boycotting Israel. In order to satisfy critics, who said it violated the constitutional right to boycott, the bill was modified to include reference to other countries.

The version that was passed Tuesday does not prohibit companies working with the state from boycotting Israel. Rather, companies have to certify that they do not violate California civil rights laws in boycotting a foreign country – including Israel, the only country mentioned by name – according to The Jewish Journal.

“The bottom line is that the state should not subsidize discrimination in any form,” Bloom said Monday in the State Assembly.

Gov. Jerry Brown has 12 days to approve or veto the measure.

Dean Schramm, the American Jewish Committee’s Los Angeles chairman, said his group is “very confident” that Brown will sign the bill into law.

“This bill sends the clear and unmistakable message that the state of California wants no part of the goals and tactics of this pernicious movement,” Janna Weinstein Smith, director of the AJC’s Los Angeles Region, said in a statement.