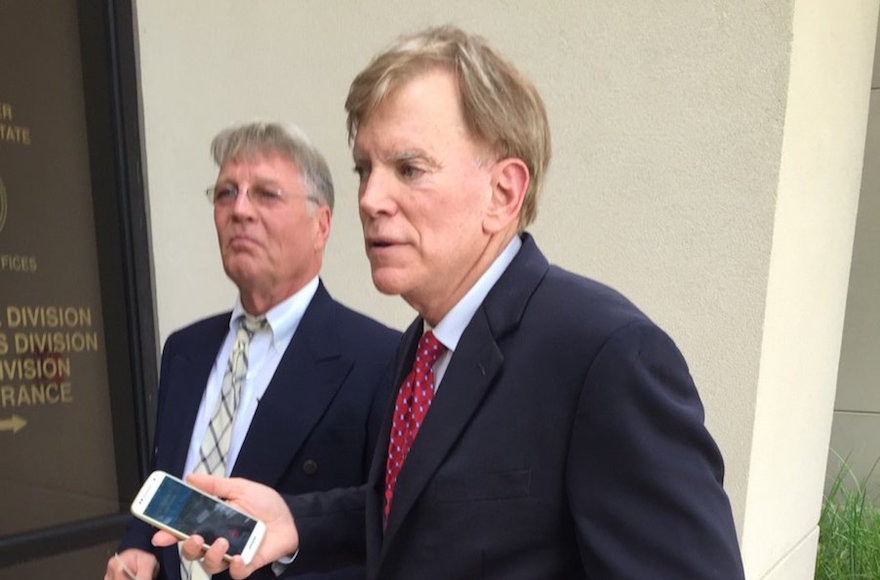 David Duke will run for a Senate seat in Louisiana. (Screenshot from Twitter)

WASHINGTON (JTA) — Donald Trump once again disavowed David Duke, the former Ku Klux Klan leader who is urging Louisiana voters to send him to the Senate and Trump to the White House.

“Mr. Trump has continued to denounce David Duke and any group or individual associated with a message of hate,” his campaign told Politico this week after it emerged that Duke mentioned Trump in a campaign robocall.

The robocall cites what Duke, who is seeking the Republican nomination to the U.S. Senate, depicts as the threats of immigration, gun control and black advocacy.

“It’s time to stand up and vote for Donald Trump for president and vote for me, David Duke, for the U.S. Senate,” he says in the call, which was first reported by BuzzFeed.

Trump has disavowed Duke multiple times since declining to do so in February, when the white supremacist expressed his support for the Republican’s candidacy.