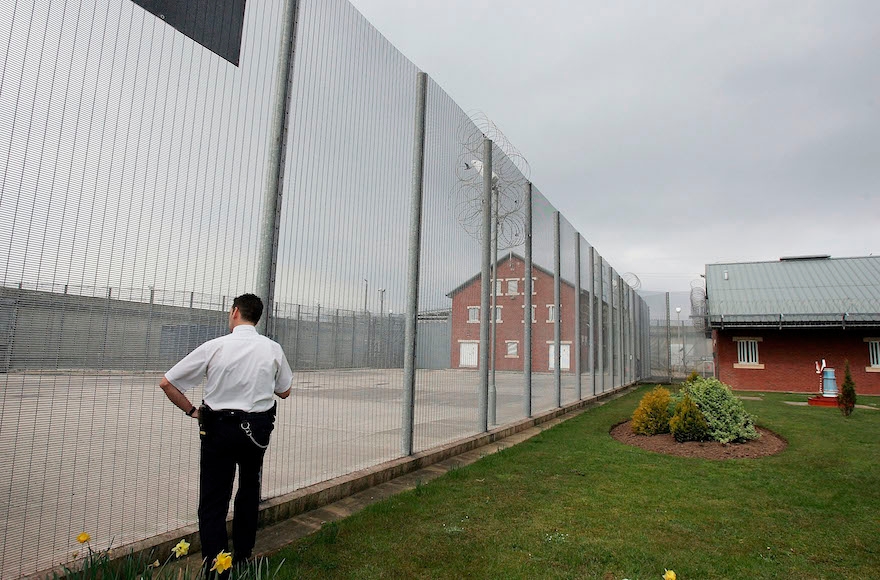 (JTA) — More than 100 inmates in a Scottish prison have signed up to receive kosher meals, despite the fact that there were officially nine Jewish prisoners in Scottish jails from 2013-1014.

An official at Glenochil Prison in Clackmannanshire in Scotland said the prison must provide the kosher meals to the prisoners if they claim to have converted to Judaism.

“Where previously we have always had a very minimal Jewish prison population we have seen a huge rise,” prison spokesman Tom Fox said, according to the Jewish Chronicle.

“I don’t think the prisoners themselves understand the preparation that has to go into providing a kosher meal,” Fox said.

The meals are outsourced since the prison does not have a kosher kitchen. The meals cost significantly more than regular prison fare.

Ephraim Borowski, director of the Scottish Council of Jewish Communities director, said the prison authorities have consulted with his group and rabbinic authorities, although “the underlying issue is simply that [the prison’s] own regulations do not allow them to question the veracity of religious claims made by prisoners,” according to the Jewish Telegraph.

In July, the state of Florida appealed a 2015 decision by a Miami judge requiring kosher food for anyone who requests it, including Jews, Muslims, Seventh-day Adventists and people of other faiths, accounting for about 10,000 — or 10 percent — of all inmates.

The kosher meals program is estimated to cost the Florida Department of Corrections $12.3 million a year.