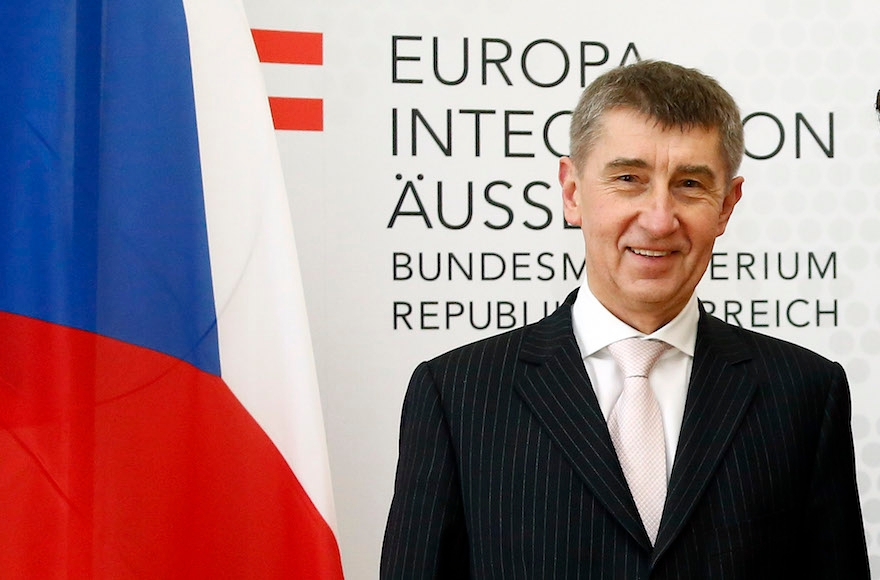 Speaking in the northern Czech town of Varnsdorf on Thursday, Babis, who also serves as the country’s finance minister, disputed the existence of a concentration camp where hundreds of Roma died during WWII.

“There used to be times when all the Romani people worked.,” Babiš said during a stop on the campaign trail ahead of October’s regional election. “What they now say in the papers that the camp in Lety was a concentration camp, that’s a lie, it was a labor camp. Whoever avoided work was sent there.”

Babis has since apologized for the remarks.

“I must have used clumsy language,” Babis told a news conference in Prague on Friday. “Of course I denounce the Holocaust, and the concentration camps. If I offended anyone, I’d like to apologize to all of them.”

The camp in Lety, located some 45 miles south of Prague, was set up in 1939 as a labor camp for people deemed to be avoiding work. But in August 1942, the Nazi authorities turned it into a concentration camp for the Roma people where more than 1,300 people were interned, including families with children.

Babis, a billionaire leader of the populist ANO party, previously denied having any intention of questioning the Roma Holocaust. In a Facebook post, he said he had been quoting someone else’s opinion, and that his words had been taken out of context.

“He should be ashamed, and he should apologize and stop spreading such stupid things,” Sobotka told the news website respekt.cz.

The head of the Czech Republic’s federation of Jewish communities, Petr Papoušek, told JTA Babis should apologize for his statements.

“It’s astounding that a government minister would say something like this,” Papousek said. “It was an ignorant and populist comment. And I don’t think his Facebook comment helped clear things out – it’s phrased in such a way that should still allow him to gain political support.”