Anti-Semitic incidents in France dropped dramatically in first half of ’16, gov’t official says 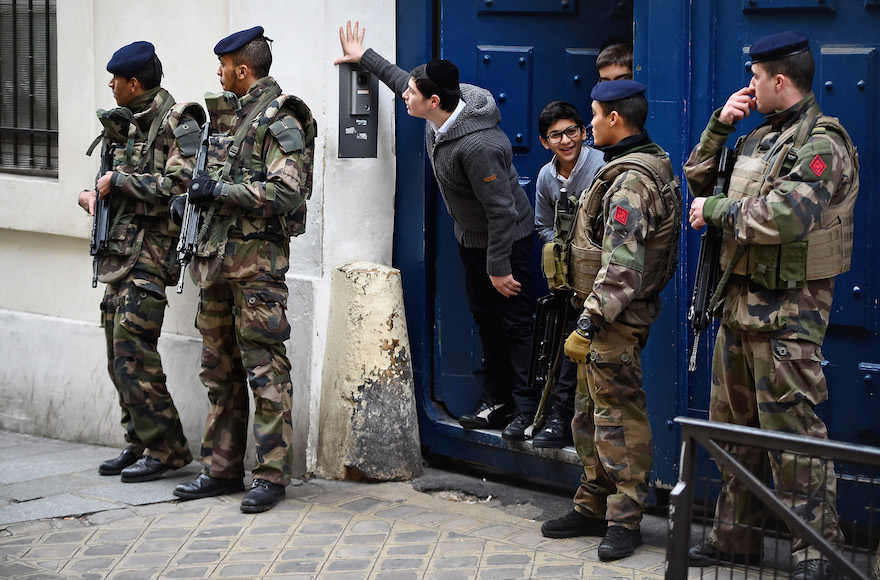 (JTA) — Anti-Semitic incidents in France have decreased by 64 percent in the first half of 2016 compared to a year ago, according to a French official who credited his government’s policing around Jewish institutions.

Gilles Clavreul, France’s interministerial delegate for the fight against racism and anti-Semitism, said this week that the drop began in June 2015 and continued into the first seven months of this year over the corresponding period of 2015.

Clavreul did not name the number of incidents recorded in those periods in an interview published Tuesday in Actualite Juive, but he did say that “if this tendency continues, we could drop below the 400 mark of incidents per year – one of the best results of the past 15 years.”

Referring to the posting of some 12,000 soldiers at Jewish neighborhoods and institutions following the murder of four people at a kosher supermarket in January 2015, Clavreul added: “The security measures put in place around synagogues and Jewish schools have had a discouraging effect” on would-be attackers.

A total of 808 anti-Semitic incidents were recorded in France last year – a 5 percent decrease over the previous year but still the fifth-highest number of incidents recorded since the 1980s and more than double the total for 2011.

On average, France has seen 606 incidents annually since the year 2000, when attacks against Jews over Israel’s actions against the Palestinians first led to a substantial rise in incidents in France.