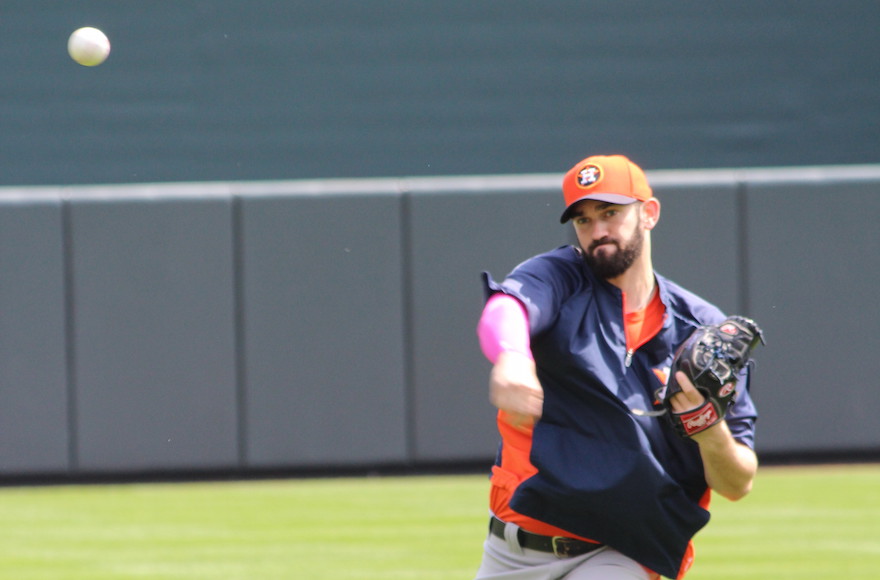 (JTA) – What is likely the strongest squad of Jewish players ever assembled figures to have a home-field advantage, too, as Team Israel aims to reach the next round of the World Baseball Classic.

The club’s roster for the qualifying tournament includes nine major league veterans of recent seasons, nearly all now in the minors trying to return to “the show,” along with three others playing at the AAA level, the highest in the minor leagues. That’s about half the team for the Sept. 22-25 event in Brooklyn.

In fact, the only Jewish club likely to match up would be one consisting of current major leaguers. But with Major League Baseball’s regular season not concluding until Oct. 2, they are otherwise occupied and unable to participate in this round of the WBC, a quadrennial tournament modeled after soccer’s World Cup.

Meanwhile, Team Israel will have a home-field advantage of sorts at the Sept. 22 opener vs. Great Britain and other games at the oceanfront MCU Park at iconic Coney Island.

Day school and yeshiva groups, synagogue members and individual metropolitan-area Jews can be expected to help fill the 7,000 seats and snag the 2,500 standing-room tickets in the stadium that the New York Mets’ A affiliate, the Brooklyn Cyclones, call home.

That’s just what Connecticut native Josh Zeid anticipates. In 2012, Zeid played for the Israel squad that fell to Spain in extra innings of the deciding game in Florida.

“Needless to say, there’s a little bit of excitement to get back and try to win it this time,” said Zeid, who pitched for the Houston Astros in 2013 and 2014 and now plays for the Mets’ AA club in Binghamton, New York. “The community in Brooklyn, and New York as a whole, we’re hoping will bring a home-field advantage for us … and play to our benefit.”

In polyglot New York, Britain and the two other teams in the bracket, Brazil and Pakistan, should draw plenty of their partisans, too.

Officials with the Israel Association of Baseball, the nonprofit organization sponsoring the WBC entry, believe that the prestige of advancing to the next round — and the accompanying $360,000 in prize money — would boost baseball’s profile back home. Nearly 800 players in five age groups, including adults, compete in IAB leagues.

The association’s outgoing executive director, Nate Fish, said the funds could be invested in coaching- and player-development programs and to build more fields.

“If we get out of the qualifiers, there’ll be way more of a buzz and press [coverage] in Israel, which will bring more attention to baseball, and there’s a better chance that kids will go and sign up with their local clubs,” said Fish, who will coach first base in Brooklyn. 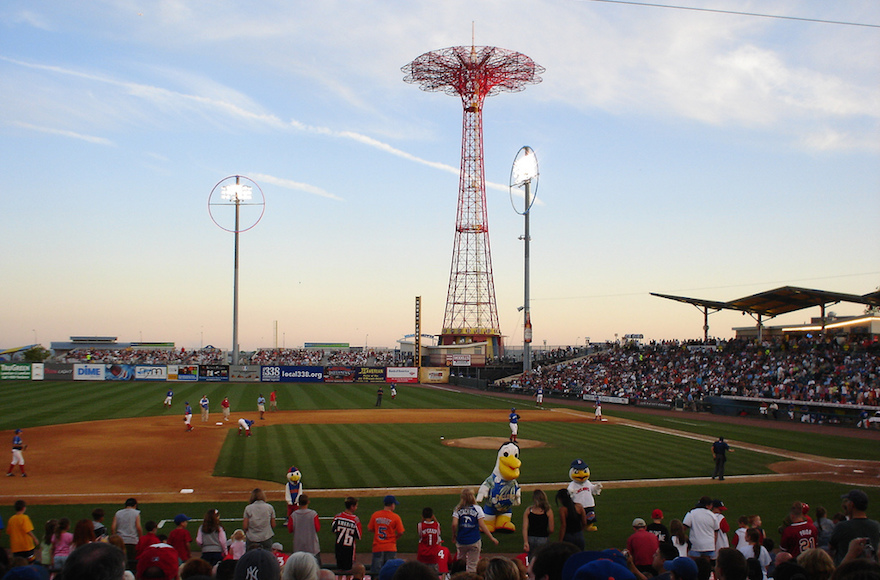 Like Israel’s WBC debut in 2012, this edition is overwhelmingly Jewish American. Only the oldest and youngest players – pitchers Shlomo Lipetz, 37, who grew up in Israel and lives in New York, and Dean Kremer, 20, a California native born to Israeli expatriates – have strong ties to Israel.

Kremer, in fact, is the first player with deep roots in Israel to be drafted by a major league team – he pitches in the Los Angeles Dodgers’ farm system and has competed for Israel’s national team for several years.

The bullpen catcher, Tal Erel, is the sole player to come up through the Israeli baseball system.

Fans in Israel are paying attention.

“I believe I speak for most Jews – we idolize American Jewish baseball players,” said Lenny Solomon, a musician raised in Queens, New York, who has lived in Beit Shemesh the past 20 years. “The fact that Israel has a team is a tremendous accomplishment, and I look forward to one day the team being all Israelis.”

Team Israel manager Jerry Weinstein is looking in that direction, too.

“There are a lot of people who don’t know what baseball is in Israel,” said Weinstein, a coach in the Colorado Rockies system. “Particularly if we win the qualifier, it can help move baseball forward [and be] a tremendous stimulus. That’s one of the purposes of the WBC: to generate more participation globally.”

MLB and other baseball federations worldwide launched the WBC in 2006. Japan (twice) and the Dominican Republic won the first three tournaments. The Brooklyn winner will advance to the second round, in South Korea in February.

While hardly a hardball hotbed, Israel has made huge strides over the past decade.

Israel is “really starting to make their mark on the international scene,” said Jason Holowaty, the London-based director of MLB’s Europe, Middle East and Africa operations.

“It’s a very, very proactive, creative federation that’s developing at the grass-roots level,” he said. “We’re starting to see real growth for them in terms of participation numbers and the quality of player they’re producing.”

Holowaty cited Noam Calisar, a teenage shortstop from Binyamina, as Exhibit A. Major League Baseball invited Calisar to elite camps in Europe the past two years and he played in an MLB-sponsored tournament of top regional prospects.

“To see a player like that, homegrown, come up through their development system is very promising,” he added. “Hopefully it can inspire a new generation of athletes like Noam to go out and give baseball a try.”

Taken together, Holowaty said, “these are all indicators of a sport that’s healthy and growing.”

For ex-baseball players, Israel a place to learn and teach

On way to Tigers post, Ausmus earned his managing stripes in Israel