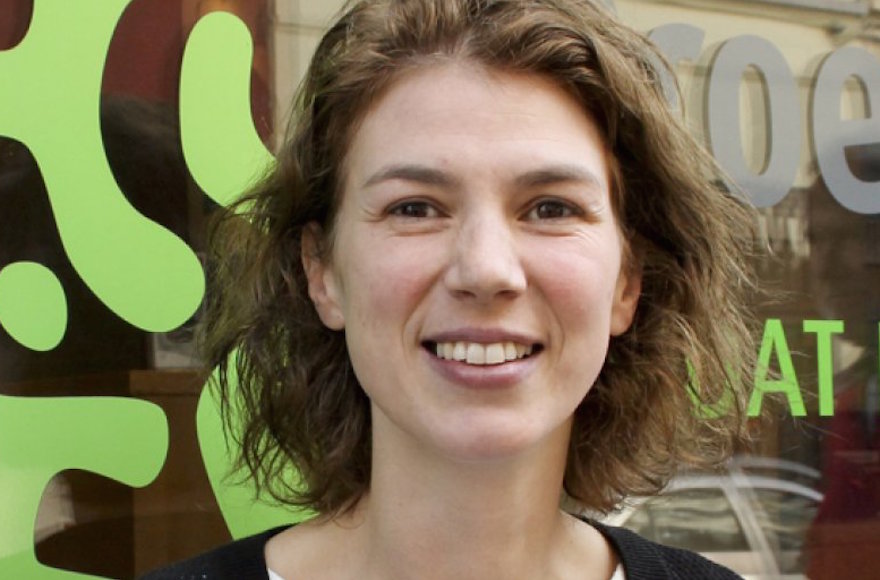 (JTA) — An employee of a Belgian state-funded charity who was denied entry into Israel said Israel’s supporters were “inflating” Belgium’s anti-Semitism problem to distract from the Palestinian issue.

Brigitte Herremans, who works as a Middle East expert for the Catholic groups Pax Christi and Broederlijk Delen, made the assertion Monday during a radio interview about her Aug. 9 experience at Ben Gurion Airport, where she was leading a group of activists seeking to “experience” life in the West Bank.

Noting her co-authorship of a book on the causes of anti-Semitism, she said on Radio 1: “When you sometimes hear criticism from certain pro-Israel circles, also in Belgium, then I think that mostly they try to vastly inflate this business to distract from the heart of the matter: Israel tolerates no criticism and wants to do only as it pleases in the Palestinian territories.”

In 2014, four people were killed during a shooting at Brussel’s Jewish museum in what police said was a terrorist attack perpetrated by a jihadist. According to the Belgian League Against Anti-Semitism, hatred of Jews in Belgium is driving them to leave the country and refrain from enrolling their children at public schools.

During the interview with Radio 1 Monday, Herremans said that Israeli customs officers asked her to provide the details of her contacts in Israel to ascertain whether to give her a visa. When she refused, she was warned her refusal would lead to her detainment and repatriation. She told the Belgian radio station she felt it would be “unethical” to “send the Israeli security services after” her contacts.

In 2012, Pax Christi called for a boycott of firms a U.N. investigator said were profiting from Israeli settlements, including Hewlett Packard, Motorola, Volvo and Caterpillar.

Herremans said that whereas her employers “take into account Israel’s security needs,” Israel “feels it can afford to persecute human rights activists … because no sanctions are applied against it, as they are in Russia.”

Belgian media showed a strong interest in Israel’s refusal to let in Herremans, a pro-Palestinian activist who has said that Israel is not a democracy and called for the application of sanctions against it.

Michael Freilich, the editor-in-chief of the Joods Actueel Belgian Jewish weekly, defended Israel’s right not to issue visas to would-be visitors who decline to cooperate with passport control officers, and blasted Herremans as an extremist who is perceived as mainstream because of her eloquence and aesthetic looks.

This, in turn, prompted Emmanuel Stein, a member of a far-left Jewish group, to pen an op-ed in the De Morgen daily in which he said he was “deeply ashamed” over Freilich’s words.

On Thursday, a senior spokesperson for the Belgian royal house removed from Facebook a post that featured a photograph of a sign that read “Palestine belongs to the Palestinians” and was seen as endorsing Stein’s message. She wrote about the article the Flemish word for “typical,” or “recognizable.”

But the spokesperson, Rafike Yilmaz, deleted her post hours later. The investigative journalist Thierry Debels quoted an unnamed source familiar with the issue as saying that Yilmaz was ordered to remover the post “because it could be misinterpreted.”