Fighting campus anti-Semitism is not just a good idea. It’s the law. 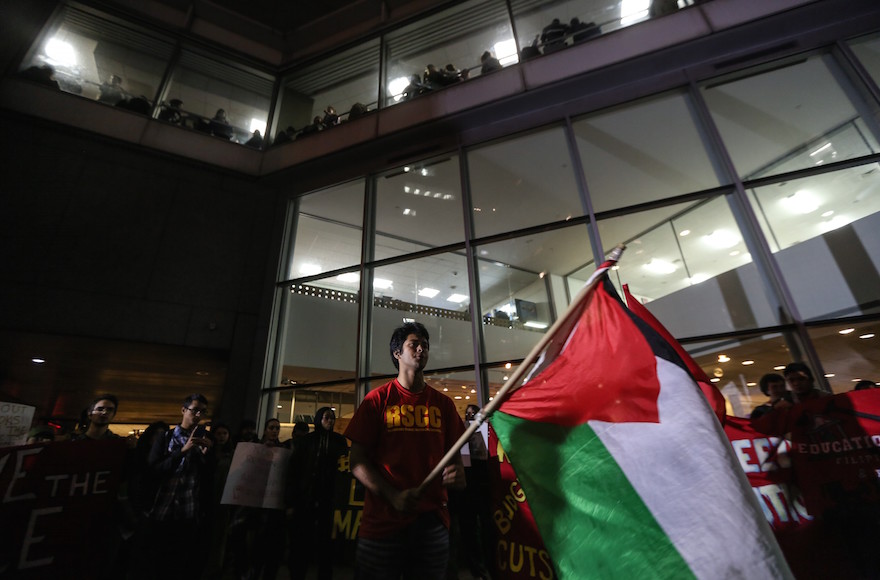 This is the fourth and final installment in “The Climate on Campus,” a series of op-eds on how students and institutions are meeting the BDS challenge.

NEW YORK (JTA) — Last week, the chancellor of The City University of New York released a report by CUNY-hired outside counsel investigating allegations of campus anti-Semitism. The investigation was triggered by a 14-page letter from the Zionist Organization of America to CUNY’s leadership, which noted, among other incidents, how during a rally last November held by Students for Justice in Palestine and allied groups at Hunter College, protesters were heard chanting “Long live the intifada!” and calling Jewish student onlookers “racists,” “Nazis” and “supporters of genocide.”

The report confirmed that anti-Semitism is a serious problem at CUNY, causing Jewish students to feel threatened and unsafe. But it disappointingly failed to recommend how to address the problem.

Four steps are crucial — not only at CUNY, but also at the many other universities where Jewish students are being targeted.

In fact, remedial steps are required under federal law. With bipartisan congressional support, the ZOA led a successful six-year battle to ensure that Jewish students would be protected from anti-Semitic harassment and intimidation under Title VI of the Civil Rights Act. Title VI requires federally funded schools to provide Jewish students with a learning environment that is both physically and emotionally safe.

First, that means administrators must enforce their own rules of conduct and hold violators accountable. They don’t hesitate to do so when other groups are targeted, even when the wrongdoing is limited to hateful and offensive speech. 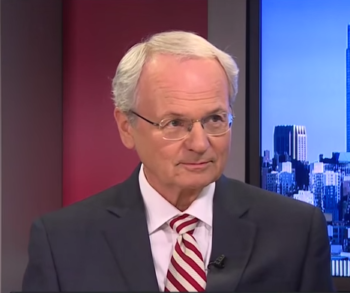 CUNY has similar rules. They affirm students’ right to advocate their pro-Israel views without fear of physical or verbal abuse from others who disagree. And they prohibit “any action or situation which recklessly or intentionally endangers mental or physical health.” The actions attributed to SJP in the report show that SJP violated these rules.

At the SJP-organized rally at Hunter College, for instance, protesters chanted “Jews out of CUNY” and “Death to Jews.” In recent years Jewish students at Brooklyn College have been harassed and threatened for disagreeing with SJP’s Israel-bashing views and for even refusing an SJP flier. CUNY’s SJP chapter should be suspended for its conduct, or at least be placed on supervised probation, in the same way that Northeastern University’s SJP chapter was after the ZOA alerted the president to anti-Semitism on his campus.

Second, university leaders must clearly and forcefully condemn anti-Semitism whenever it occurs on campus, and they must condemn the perpetrators by name and shame them as a disgrace to the university community. That includes anti-Semitism expressed as anti-Zionism.

The State Department provides excellent guidance on how to determine when criticism of Israel becomes anti-Semitism. Demonizing Israel by comparing it to Nazi Germany and denying Israel’s right to exist are examples of contemporary anti-Semitism, according to the U.S. government guidelines. University leaders should be using the government’s definition to help students – and especially SJP, which denies that anti-Zionism is anti-Semitism – understand that anti-Semitism is more than a swastika or an ethnic slur, and that every form of Jew-hatred is hurtful and dangerous. 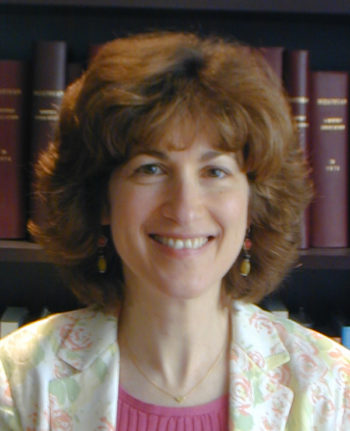 Northeastern’s president took such steps. After the ZOA letter alerting him to the harassment and intimidation that Jewish students were facing both in and out of the classroom, he made it crystal clear at his State of the University address before an audience of thousands that there would be “zero tolerance for anti-Semitism” on his campus. In addition, faculty were reminded in writing that students must be able to express their views without fear of reprisal.

Similarly, after the ZOA filed a Title VI action against Brooklyn College challenging how it responded when Jewish students were unjustifiably ejected by an SJP member from a 2013 anti-Israel event, the college president repaired some of the damage. She issued a public statement to the community, apologizing to the Jewish students by name, and acknowledging and explaining the wrongdoing by college employees and the SJP member, whom she also named.

Third, universities should have mandatory educational programs about anti-Semitism, using the State Department’s definition as guidance. These should not be just for students. Administrators, faculty and staff also need to appreciate what anti-Semitism is today and that on campus, it typically includes vicious attacks on Israel.

Finally, universities must investigate where student groups are getting their outside support and funding. In April, former U.S. Treasury Department terrorism analyst Jonathan Schanzer testified at a congressional briefing and documented that at least seven leaders and supporters of American Muslims for Palestine were officials of American “charities” that were implicated in funneling money to the U.S.-designated terrorist group Hamas. Schanzer described American Muslims for Palestine as “arguably the most important sponsor and organizer for SJP,” providing its chapters’ speakers, training and printed materials, including a so-called “Apartheid Wall” display that is the centerpiece of many SJP protests. It goes without saying that student groups must not have ties to terrorism.

CUNY’s investigative report confirmed numerous anti-Semitic incidents and SJP’s responsibility for many of them. It acknowledged that Jewish students feel threatened and are even afraid to identify openly as Jewish. Yet it made no recommendations, suggested no consequences and held no one accountable.

Let’s hope that CUNY’s recently appointed working group on these issues, and leaders at other universities, incorporate at least these four steps, which will help make them a safer and more tolerant place to learn.

(Morton A. Klein is national president of the Zionist Organization of America. Susan B. Tuchman is the director of the ZOA’s Center for Law and Justice.)

What Jewish students can, and should, learn from Israel’s critics