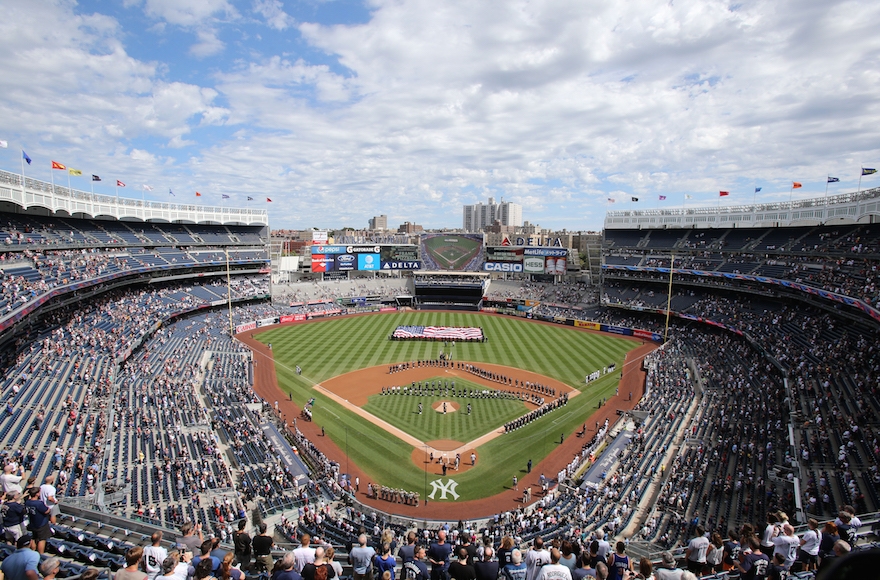 (JTA) — An Orthodox Jewish man said the New York Yankees have failed to investigate his claim that a fan sitting behind him snatched the kippah off his head and taunted him at a recent game.

Lapin, who said an act like this “hasn’t happened to me since I was 12 years old,” told the newspaper that he begged the man to return the religious item, calling the experience “humiliating.”

“He was teasing me,” Lapin said, according to the Daily News. “The police were right there. Nobody did anything.”

Lapin said he tried to report the incident to several security guards and other stadium employees but got the runaround, including claims that the aggressor must have been a Dodgers fan and that nothing could be done since he had already left the stadium.

Yankees officials told the Daily News that they have taken the complaint seriously and are working to find the man.

Lapin was offered free tickets to a future game.

“I didn’t take the tickets,” Lapin told the newspaper.  “This isn’t about getting free tickets. I’m scared to go to a Yankee game. I don’t want to go back there. There’s a lot of anti-Semitism. We don’t have to be afraid to wear a yarmulke at Yankee Stadium.”