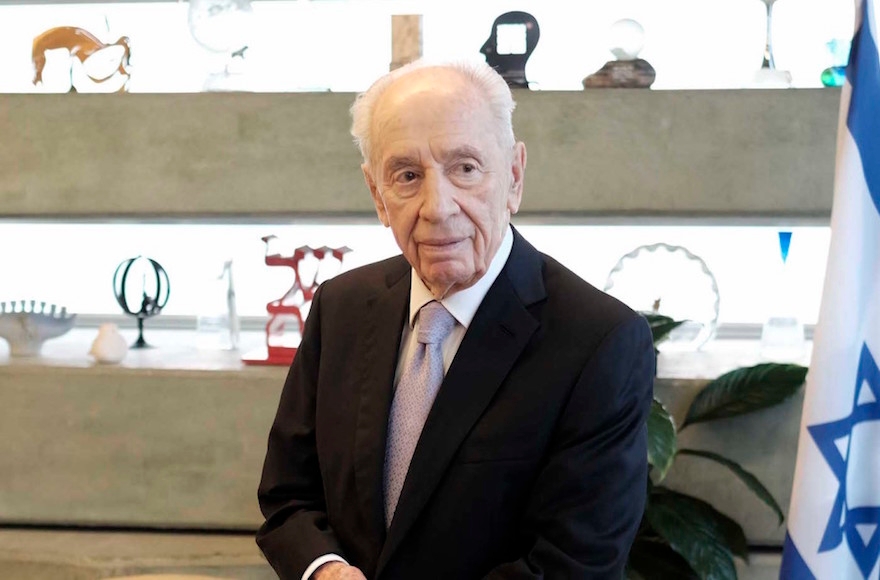 Peres, 93, who suffered a massive stroke earlier this month, remains on anesthesia and a respirator in serious but stable condition. But his renal function and breathing, as well as several other major indices, have dropped over the last day leading to fears of multiple organ failure, Israel’s Channel 10 reported Tuesday afternoon, citing officials at the Sheba Medical Center in Tel Hashomer near Tel Aviv, where Peres has been hospitalized.

Ynet reported that officials at the medical center have said that the neurological damage to Peres from the stroke is irreversible. Peres’ family has been called to his bedside, the Walla News website reported.

Dr. Rafi Walden, Peres’ son and personal physician, said Tuesday in a statement that his father’s condition “is extremely serious.”

Peres was taken to Sheba Medical Center on Sept. 13 after telling his doctor that he felt weak. He had a pacemaker implanted a week prior.

The veteran statesman was diagnosed in July with atrial fibrillation, an irregular heart rhythm. In January, Peres had a heart attack and then cardiac angioplasty to open a blocked artery. He was hospitalized twice more with chest pains.

Peres, who retired as president in 2014 after more than half a century in public life, including a stint as prime minister, won the 1994 Nobel Peace Prize with the late Israeli Prime Minister Yitzhak Rabin and the late Palestinian Authority President Yasser Arafat.