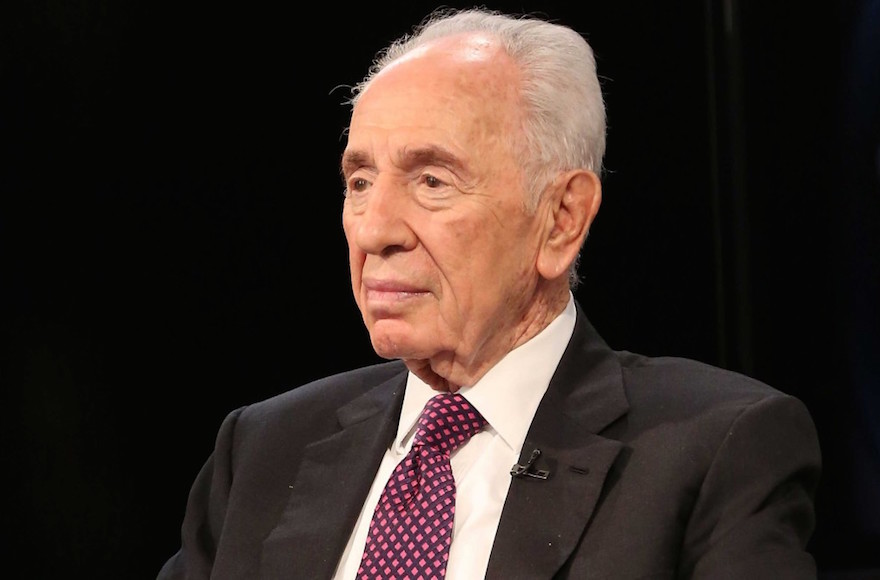 Clinton, the Democratic nominee, released a joint statement with her husband, former President Bill Clinton, who presided over the Oslo peace accords that led to the 1994 Nobel Peace Prize for Peres, the late Israeli Prime Minister Yitzhak Rabin and Palestinian leader Yasser Arafat.

“He was a genius with a big heart who used his gifts to imagine a future of reconciliation not conflict, economic and social empowerment not anger and frustration, and a nation, a region, and a world enhanced by caring and sharing, not torn asunder by the illusions of permanent dominance and perfect truth,” the Clintons’ statement said.

“His critics called him a dreamer. That he was – a lucid, eloquent dreamer until the very end. Thank goodness. Let those of us who loved him and love his nation keep his dream alive.”

Trump, the Republican nominee, also praised Peres’ leadership in a statement extending condolences from himself and his wife, Melania.

“On the world stage, Shimon Peres was a visible and highly effective patriarch to another, much larger family — the people of Israel, whom he led as prime minister and president,” the statement read.

“With his hand outstretched in peace and friendship, Shimon Peres personified dignity and grace in a region of the world where both run far too short.”