What does a libertarian like Gary Johnson’s running mate see in Shimon Peres? 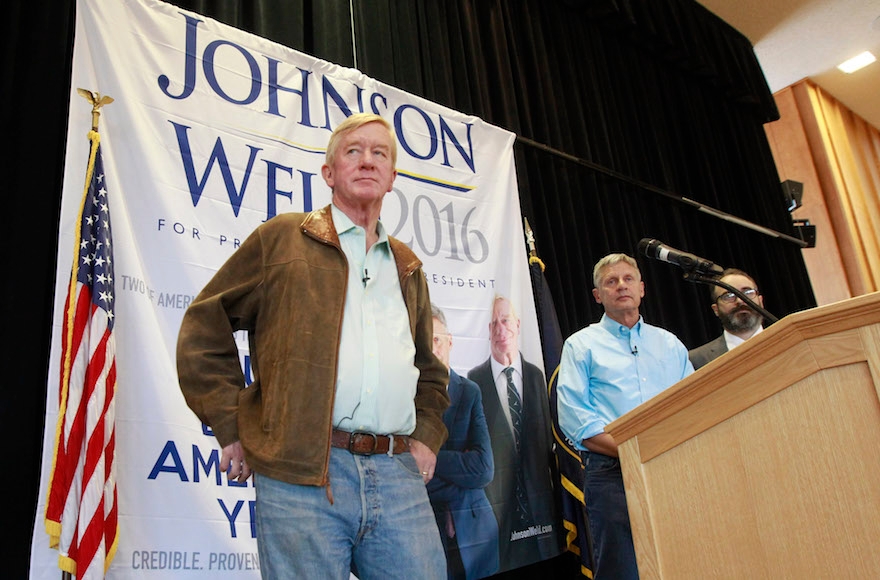 Appearing on MSNBC Wednesday, Libertarian Party presidential candidate Gary Johnson dealt another blow to his long-shot campaign when he couldn’t come up with the name of a single foreign leader he liked.

Lost in the post-mortem, however, was the bizarre response of his running mate, Bill Weld, who said his favorite leader was Shimon Peres. Statesmen of all political stripes have been praising Peres since his death. But it’s odd that Weld, a libertarian, is one of them.

Over the course of a 70-year career, Shimon Peres was many things: He was a hawk and he was a dove. He was a cowhand, shepherd, prime minister and president. He was a minister of defense, finance and foreign affairs.

But he was never a libertarian. How non-libertarian was Peres? Let us count the ways:

Libertarians want minimalist government. Johnson promises on his website that “no line in the budget will be immune from scrutiny and reduction.” He says, “Government does too many things that could be done better and more efficiently by the private sector.”

Peres was a socialist. He started his adult life working on a kibbutz, a socialist commune, and spent almost his entire career in the socialist Labor Party and its predecessors. He even served a term as vice president of the Socialist International.

Midway through his career, as prime minister in 1985, he did take a turn toward small government, combating rampant inflation through cutting government expenditure. But even after those reforms, Israel’s government hardly shed what one critic called its “socialist and statist heritage that bred an inefficient economic system.”

Peres was all about military spending and foreign entanglements. As director-general of the Defense Ministry in the 1950s, he built up Israel’s military capacity and solidified its alliance with France. In 1956, he helped manage the Sinai Campaign, which saw Israel attack Egypt in concert with France and Britain. Later, he was the architect of Israel’s nuclear program.

Finally, whatever you think of Peres’ foreign policy, he almost definitely knew where Aleppo was.