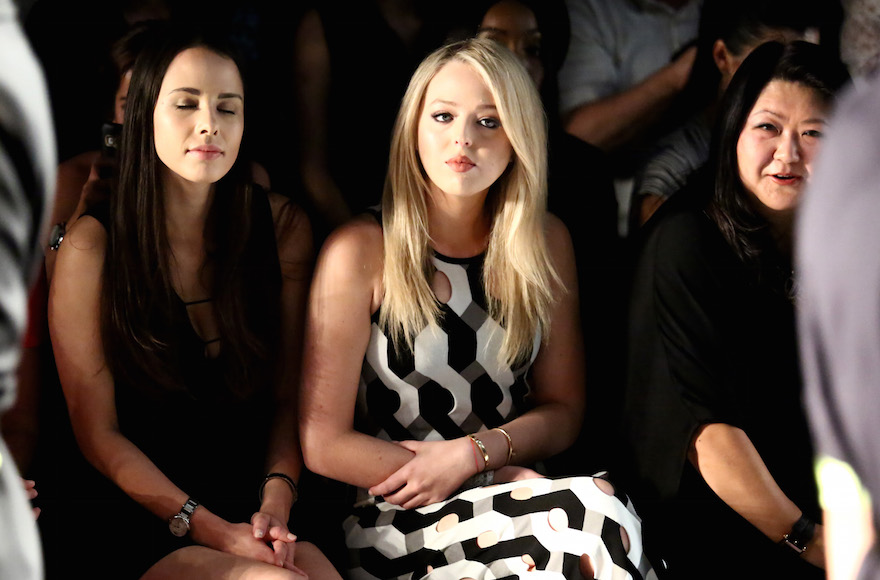 A profile The New York Times Sunday of the 22-year-old woman who grew up across the country from her famous father, noted that she is dating Ross Mechanic, the son of Jonathan Mechanic, a real estate attorney.

Ross Mechanic is a senior at the University of Pennsylvania. His father is the chairman of Fried, Frank, Harris, Shriver & Jacobson’s real estate department.

The Times profile noted that Trump and her half sister, Ivanka Trump, have some commonalities, including having attended their father’s alma mater, the University of Pennsylvania; liking fashion – the eldest Trump daughter has her own fashion line and got Tiffany Trump an internship at Vogue, and having Jewish partners — Ivanka Trump is married to a Jewish real estate scion Jared Kushner.

Tiffany Trump has recently become more involved in her father’s presidential campaign as part of a bid to attract millennial voters. For much of the campaign, she kept a low profile. Trump recently posted a video fundraising pitch for Donald Trump’s campaign to her Twitter account.