Israel’s justice minister: The more Jewish Israel is, the more democratic it will become 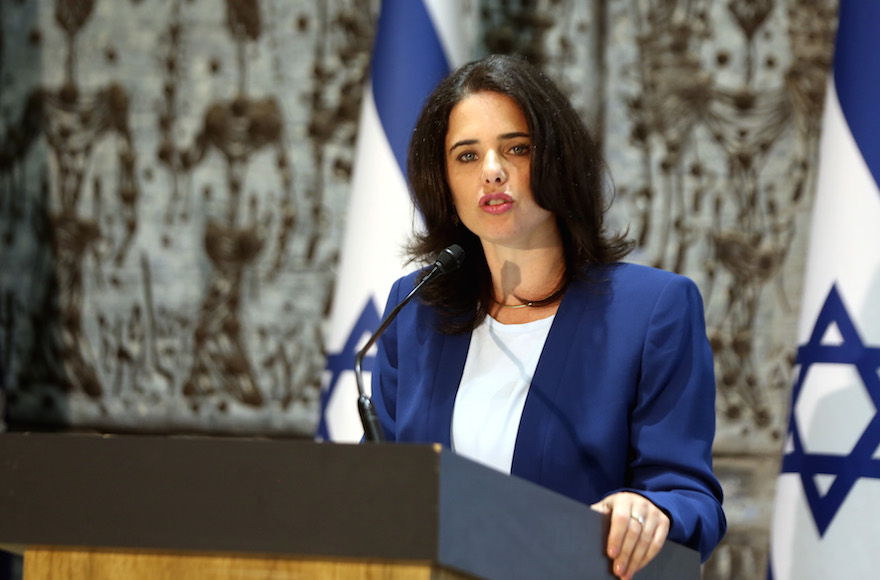 JERUSALEM (JTA) — The more Jewish Israel is, the more democratic it will become, the nation’s justice minister wrote in a new journal.

The legal system in Israel should strengthen its Jewish nature, Ayelet Shaked wrote in the inaugural issue of the Hebrew language policy journal Hashiloach, published by the Tikva Fund.

The legal system must take the Jewishness of the state into account in concrete ways, Shaked also wrote.

She also called for more separation of powers, and to strengthen Israel’s legislative branch vis-a-vis the judicial branch.