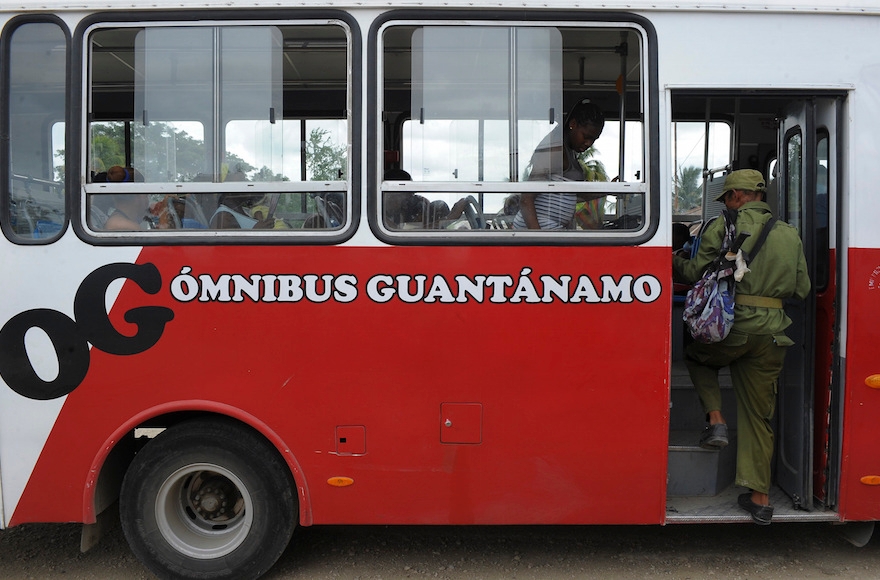 Residents of the Cuban community of Cecilia, in Guantanamo Province, being evacuated on Oct. 3, 2016. (Yamil Lage/AFP/Getty Images)
Advertisement

When Rabbi Abbi Sharofsky arrived last Friday at Naval Station Guantanamo Bay — home to one of the world’s most controversial detention centers — the atmosphere was more relaxed than she expected.

“You land, and the sea is blue, the sky was really blue and there are lots of palm trees and scrub all around,” Sharofsky said. “It’s very clearly military, but it also has this island feel, and everyone moves a little slower.”

That mood quickly dissipated last weekend as Hurricane Matthew closed in on the Cuban coast. Within 48 hours of her arrival, Sharofksy — along with all other “non-essential” personnel on the U.S. naval base — was evacuated to another base in nearby Pensacola, Florida. 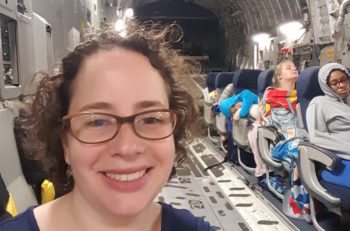 It was (almost literally) a whirlwind experience for Sharofsky, who was dispatched to Gitmo as the deputy director for programming of the JWB Jewish Chaplains Council, an affiliate of the Jewish Community Centers Association that supports Jewish communities in the armed forces. The Jewish community on Guantanamo Bay — composed of about 25 people, including family members of Jewish sailors, military police, doctors and other joint task force operatives who work on the base — requested help for the High Holidays. They are traditionally led by a “lay leader” named Elissa Anderson throughout the year, but they were craving a rabbinic presence.

Sharofsky’s goal was to help lead a Rosh Hashanah service, help the other non-Jewish chaplains on the base understand Jewish traditions, offer suggestions for Jewish learning programs and prepare the lay leader to run a Yom Kippur service by herself. Sharofsky said a core group of 10 people meet each week for a Friday night Shabbat dinner and other occasional Jewish programming.

She planned to alter the Unetaneh Tokef prayer, which describes various grim fates that could befall people in the year ahead, for her military audience.

“They could be put in a situation where their lives could be taken in any of the ways described in that prayer, and it’s a little too dark,” she said.

When Sharofsky arrived on the island with a portable JWB Torah — secured in a heavy-duty armored case — Anderson and even the non-Jewish chaplains were impressed.

“The commanding chaplain said, ‘I’m going to stand at attention for this,’” Sharofsky said. 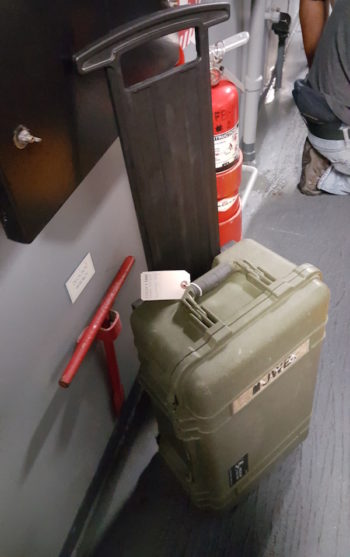 Unfortunately, Sharofsky didn’t get a chance to use the scroll in a service. As Hurricane Matthew ambled towards Cuba on Friday and Saturday, the base’s COR — or condition of readiness — was down to level three, meaning that outdoor movement around the base became limited. In addition to the detention center, where some 61 suspected enemy combatants are being held, the 45-square-mile base includes two airfields, a hospital, schools and logistical hubs serving the Navy’s Fourth Fleet, counter-narcotics operations and disaster relief efforts.

Sharofsky said the Jews on base were disappointed that they wouldn’t get to celebrate Rosh Hashanah with a rabbi after all.

Very early on Sunday morning, Sharofsky was evacuated off the island along with approximately 700 spouses and children. She left a High Holidays prayer book behind and even made it back home to New York City in time for Rosh Hashanah services there on Monday morning. Guantanamo Bay experienced some flooding but was not hit as hard as predicted.

In the end, despite her short stay, Sharofsky believes she had an impact.

“They were so amazed that there was someone who would just drop Rosh Hashanah with their family and go support them,” she said. “I was there for 48 hours but I became part of their lives.”