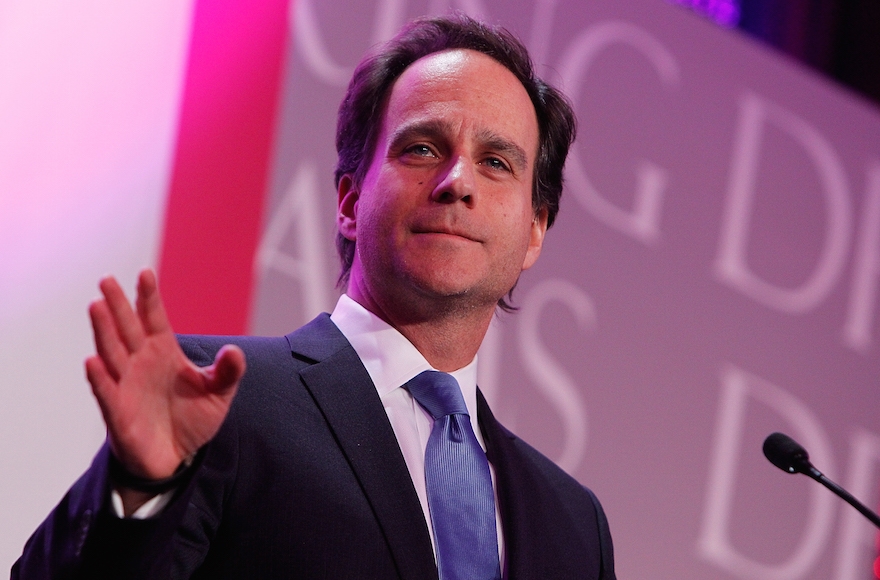 WASHINGTON (JTA) — A top Reform movement rabbi said it “defies belief” that Donald Trump is unaware of anti-Semitic associations in his campaign rhetoric.

Rabbi Jonah Pesner, who directs the Reform movement’s Religious Action Center, released his statement Friday, Oct. 14, a day after the Republican presidential nominee delivered a speech in West Palm Beach, Florida, alleging that Hillary Clinton, his Democratic rival, was part of an international conspiracy aimed at rigging the election.

Trump did not mention Jews during the speech but, Pesner said, “such imagery has a long and vile history among those who perpetuate anti-Semitic tropes.”

Pesner also noted that Trump and his surrogates have attacked advisers and donors to Clinton, often naming those who are Jewish.

“It defies belief to assume that Mr. Trump is unaware of the anti-Semitic associations of the messages he is espousing – nor can he be unaware that such messages are being celebrated by neo-Nazis and alt-right organizations,” Pesner said. “Mr. Trump must act responsibly by ceasing to disseminate false, historically anti-Semitic associations. He must also unequivocally repudiate the support of anti-Semites who have embraced his candidacy.”

Jonathan Greenblatt, the Anti-Defamation League CEO, also identified correlations to anti-Semitic literature in Trump’s West Palm Beach speech, advising him in a Tweet to “avoid rhetoric and tropes that historically have been used against Jews and still spur #antisemitism.”

Trump’s campaign, responding to Greenblatt, said that perceiving anti-Semitic intent in the nominee’s rhetoric is irresponsible.

“Jonathan Greenblatt seems to be willing to ignore Mr. Trump’s lifelong commitment and support of Israel and the Jewish community, as well as his forceful rebuke of anti-Semitism, but Mr. Trump will not allow anyone to hide the truth from the American people, no matter what illegitimate means they employ to try to do so,” Trump’s adviser on Jewish matters, Jason Greenblatt, told JTA in an email.