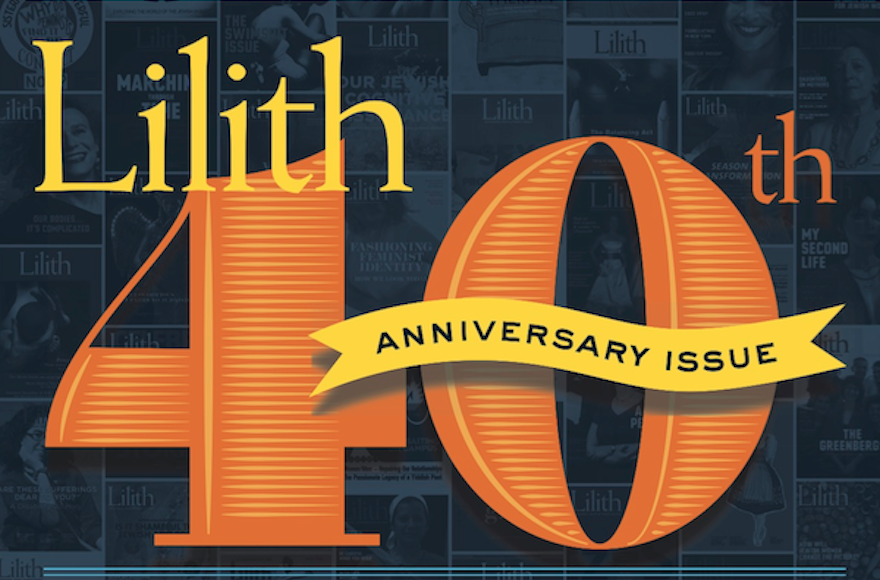 (JTA) — The Jewish feminist magazine Lilith celebrated its 40th anniversary with a special issue that highlighted past iconic articles.

The publication’s Fall 2016 issue included excerpts from a 1987 story about the JAP (Jewish American Princess) stereotype, a 1996 tribute to Barbra Streisand and a 2012 profile of three deaf Jewish activists. It also included a list of 40 Jewish feminist objects submitted by readers and writers.

“This 40th anniversary issue charts women’s lives with affection, subversion and style,” Editor-in-Chief Susan Weidman Schneider, who co-founded the magazine in 1976, said in a statement. “It dives deep into the changes you’ve witnessed and helped bring about, and points the way to a female-friendly Jewish future.”

The magazine, which is named for the biblical Adam’s mythical first wife, features works of reporting, memoir, fiction and poetry, and bills itself as “the feminist change-agent in and for the Jewish community.”

According to a JTA article written at the time of the magazine’s launch, the first issue included an interview in which feminist activist Betty Friedan calls upon Jewish women “to stop raising money for Jewish organizations which discriminate against them or exclude them from membership and decision-making.”