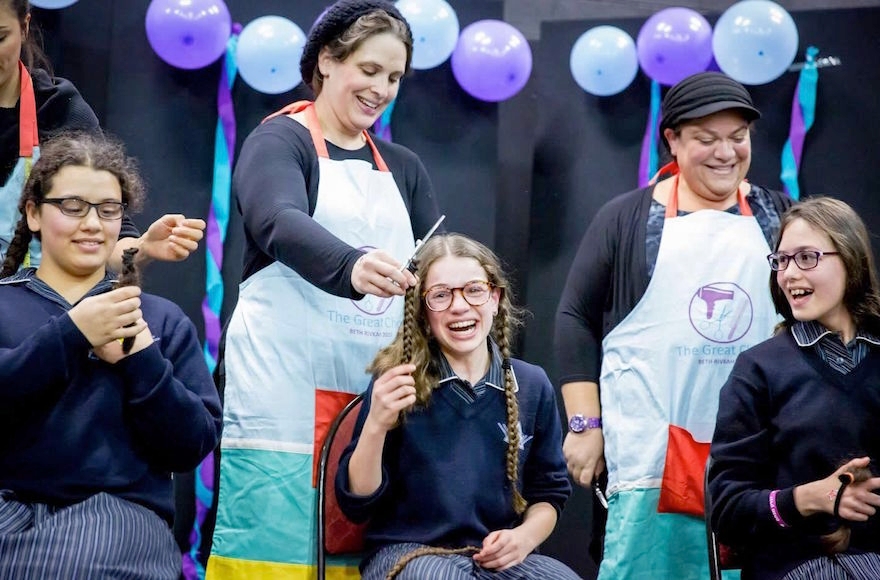 (JTA) — Some 150 students at a Jewish school for girls in Australia donated their hair toward the production of wigs for Israeli children suffering the effects of cancer.

The shear took place last month at the Beth Rivkah Ladies College, a Chabad school in Melbourne, according to a report published Wednesday on the website of the Chabad movement. The students, who grew their hair for 10 months, gave up braids measuring four inches and longer to assist the Zichron Menachem charity in Israel.

The initiative began last year when just a few of the students considered growing their hair for Zichron Menachem. Michal Tenenbaum, a 12th-grader at the school, was among the initiators, the report said. Her schoolmates joined after her two sisters also began growing their hair.

The hair was shorn in a ceremony in which teachers used six pairs of barber scissors to cut the braids of six pupils at a time on an elevated platform facing the entire school body. A Zichron Menachem representative thanked the girls for their contributions, explaining that their hair will be used to help other children deal with some of the emotional effects of cancer treatment.

Bursts of applause sounded each time the blades flashed and cut, as the girls gasped and giggled, the report said.

“The fact that people here are willing to not take their hair for granted, to sacrifice something which can be so central to their personality, is beyond admirable,” the report quoted Michal Franck, a student Beth Rivkah who had suffered hair loss as a result of an autoimmune disease, as saying.

The girls of Beth Rivkah donated a total of 148 feet of hair. Most of it will go directly to making the wigs, and hair that fell short of the four-inch minimum for such use will be sold by Zichron Menachem to raise funds.

Some of the girls have started growing their hair out again for a second donation, the report said. 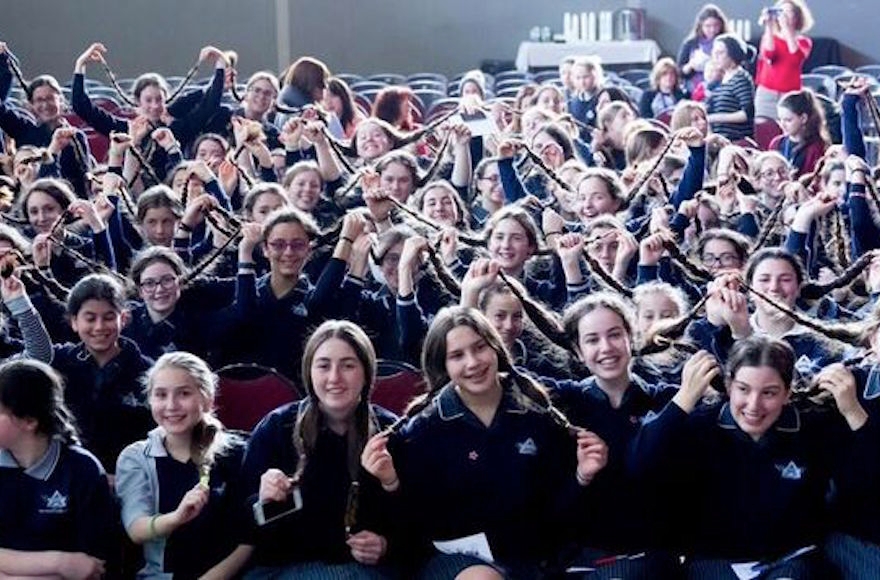 Students at Beth Rivkah Ladies College in Melbourne, Australia before donating their hair to make wigs for Israeli children with cancer, Sept. 2016. (Courtesy of Chana Franck/Chabad.org)