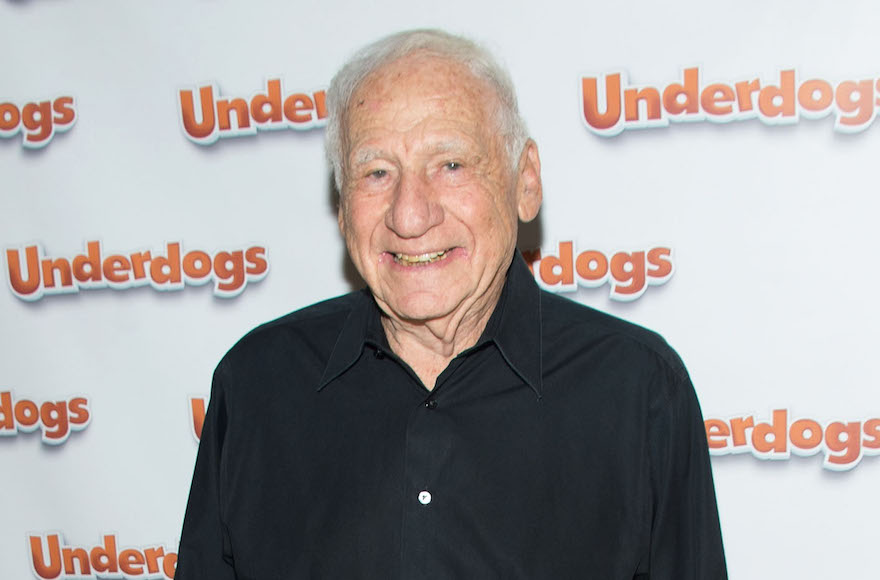 Mel Brooks arriving at a screening of The Weinstein Company's 'Underdogs' at Pacific Theatre at The Grove in Los Angeles, California, July 18, 2016. (Matt Winkelmeyer/Getty Images)
Advertisement

(JTA) — If you live on Long Island and your phone rings, answer it — it might be Mel Brooks.

The legendary comedian recorded a robocall for his great-nephew, Todd Kaminsky, who is running for State Senate in New York’s 9th District, on the South Shore of Long Island. Kaminsky is a Democrat running for re-election; he won the seat in a special election in April to replace Republican Dean Skelos, who was removed from office following his conviction on federal corruption charges.

The charming clip was uploaded Wednesday to the Soundcloud streaming service.

“I’m very proud of Todd. Not only is he a great nephew — but he also happens to be a great state senator,” Brooks says in the recording. “He’s not only smart and talented, but he is absolutely honest — which is pretty rare for people in my family. Now the election is this Tuesday, so write this down. Mel Brooks says: ‘Vote for Todd Kaminsky on Nov. 8th!’ Did you write it down? Good!”

As it happens, Brooks isn’t the only Jewish comedian helping a relative get elected. As Gothamist noted, Amy Schumer also made a recording for her cousin — Sen. Chuck Schumer of New York — for an ad on the streaming music service Pandora.