How a bat mitzvah helped inspire a ‘Good Girls Revolt’ (JTA) — Men were writers and women were researchers. That’s the way it was when Lynn Povich and 45 of her colleagues at Newsweek decided to take a stand.

In 1970, the women banded together and became the first women in the media to file a lawsuit on the grounds of sex discrimination — resulting in the breaking of numerous (although, as we saw last week, by no means all) barriers for professional women.

Povich, who became Newsweek’s first female senior editor in 1975, wrote “The Good Girls Revolt: How the Women of Newsweek Sued Their Bosses and Changed the Workplace.” The memoir, published in 2012, offers a compelling account of the events and the trailblazers involved in the historic case.

And in a historic year that has seen the first female presidential nominee, the book has inspired a TV series, “Good Girls Revolt,” which is streaming on Amazon.

The series, based on the book, is fictionalized — it takes place at the made-up magazine News of the Week, and most of the characters are invented, too. Still, the series captures the general gestalt of the time and place of the “revolt,” from the blatant gender bias to the fabulous fashions to the thrills of landing a scoop in the newsroom.

“It’s a very personal story for me and my friends,” Povich told JTA. “I thought it would be difficult, given what the demands of TV and streaming are these days, to get it to be the way it really was versus what has to be done to make it an exciting, dramatic show.”

“The fact is that we weren’t famous — that was the point,” she added. “We were just a group of young women at Newsweek. And I thought it would give the [show’s] writers more leeway to create some backstories.”

JTA spoke to Povich about seeing her story on TV, the role Judaism plays in her life and more.

JTA: Even though it’s a fictionalized version, how accurate do you think it is?

Povich: I think it catches the spirit of the story. The actual storyline of the women organizing and ultimately filing the charges is correct. I think they caught the spirit of a newsroom, and being young and how exciting it was. The late ’60s and early ’70s were very exciting, and you have a sense of what the times were like.

Do you identify with any of the characters?

No. They were very smart when they fictionalized the characters to take pieces of everybody and put them in. There are little pieces of me in all of these people. I think that most of us would, in this sense, identify with the sense of how thrilling it was to break a story or get a scoop. But the personal stories of all these women are completely different. 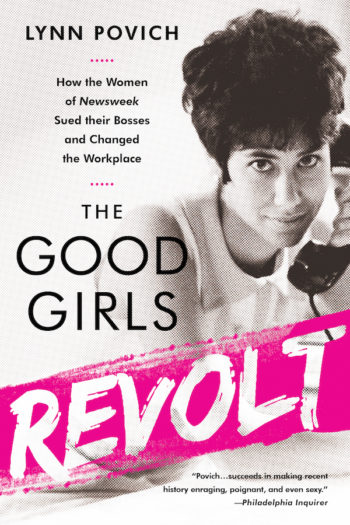 “The Good Girls Revolt: How the Women of Newsweek Sued Their Bosses and Changed the Workplace” was published in 2012. (Courtesy of Lynn Povich)

What is it like to watch your story played out on TV?

It’s interesting — it’s us but not us. So on the one hand, I’m very excited that our story is reaching a larger audience, and certainly a younger audience, 46 years later.

I was raised in Washington, D.C. We belonged to an Orthodox synagogue until I was about 10 and my parents were very observant. We had Shabbat every Friday night. We went to synagogue on all of the holidays and we had big family gatherings on all of the holidays. When I was about 10, my parents moved to B’nai Israel Congregation, a Conservative synagogue in Washington, D.C. I was one of the first women in that congregation to be bat mitzvahed in 1956, when women were bat mitzvahed on Friday nights, not Saturday, and you couldn’t read the Torah.

I come from a very observant background of people who were genuine in their belief and their faith. I pretty much followed that path. I have continued to observe Shabbat in my house the whole time with my husband and our two kids, and I belong to a Conservative synagogue in New York. I would say that my sense of Judaism is traditional and familial and cultural that I both enjoy and am proud of.

Was having a bat mitzvah something that came from you?  Or was it something your parents wanted?

I wanted it. I wanted anything my brothers had. They were bar mitzvahed, so I wanted to be bat mitzvahed. And, in fact, when they said to me they wanted me to read everything in English, I said, “My brothers read it in Hebrew, so I want to read it in Hebrew.” So I read it in Hebrew because I insisted. I was proud to be one of the first young women in our shul to step on the bimah, read Hebrew and become an adult in the eyes of my religion.

Looking back, does your bat mitzvah seem significant now?

I do think becoming a bat or bar mitzvah is incredibly important when you look back. We are part of a long history of our people and our survival. I believe strongly in preserving our religion, traditions and culture. I’m so glad I did it. It was meaningful to me then and now.

So even from a young age you were fighting for equal rights. What do you think brought that on?

My father [Shirley Povich] was a sports columnist at the Washington Post for 75 years, but in those days, in the ’40s and ’50s, he was writing a lot about the lack of integration in major-league sports. He wrote about when Jackie Robinson came into the league [Major League Baseball] and how black players at spring training had to stay in segregated areas of town because the hotels wouldn’t put them up. He won a prize for a series that he did about segregation and Major League Baseball. My sense of civil rights and human rights came from this period when he was very involved with that.

Do you think there is anything in being raised Jewish that influenced you?

I do think this sense of it’s what you do, not what you say — that your deeds count and how are you making the world a better place. And I’m very involved in two nonprofit organizations which do that. One is the International Women’s Media Foundation that supports women journalists around the world. I’m also on the advisory board of the Women’s Rights Division of Human Rights Watch. Newsweek was a very radicalizing action for me. Organizing with other women and together realizing that you actually can make change set me on my path for the rest of my life. 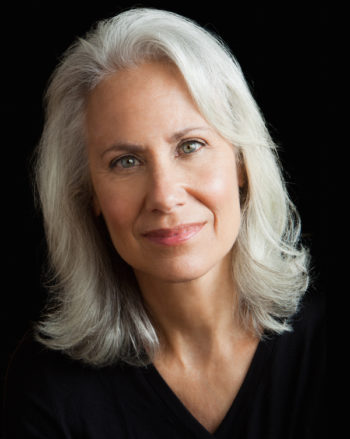 How far do you think women have actually come?

In my profession of journalism, women are everywhere. We’re in war-torn areas; we’re covering the president, not the first lady; we’re on Wall Street. Women are doing very well in journalism, except at the top. Journalism isn’t unusual that way. Women are not at the top in corporations and many organizations. So I think the glass ceiling is now at the point of top management. We unfortunately are seeing things like pregnancy discrimination again, which we felt we had won that battle. The same with reproductive rights that continue to be eroded; we thought we had won that battle. So there’s still a lot to be done.

Is there anything that you think women should be doing?

I think there is a lot women can be doing —  and women are doing a lot. I think, culturally, we’re in a feminist moment now. It started when a lot of the celebrities started embracing feminism because there was a period when a whole generation of young women didn’t want to be called feminist, so I’m encouraged by all of that.

I think what’s different about this generation is that we mobilized in the streets and within our workplaces, and most of the young people I see are organizing online. I think that has a different effect than it does when you’re doing something in person and in a place like an office, where you know the people, the systems, barriers and things like that.

I always encourage women wherever they are working to talk to other women and other men. I don’t think a lot of these issues are women’s issues. They get labeled women’s issues and I think that’s the problem. So I think young women and young men have a lot of common interests, and they would do well to start the conversation.