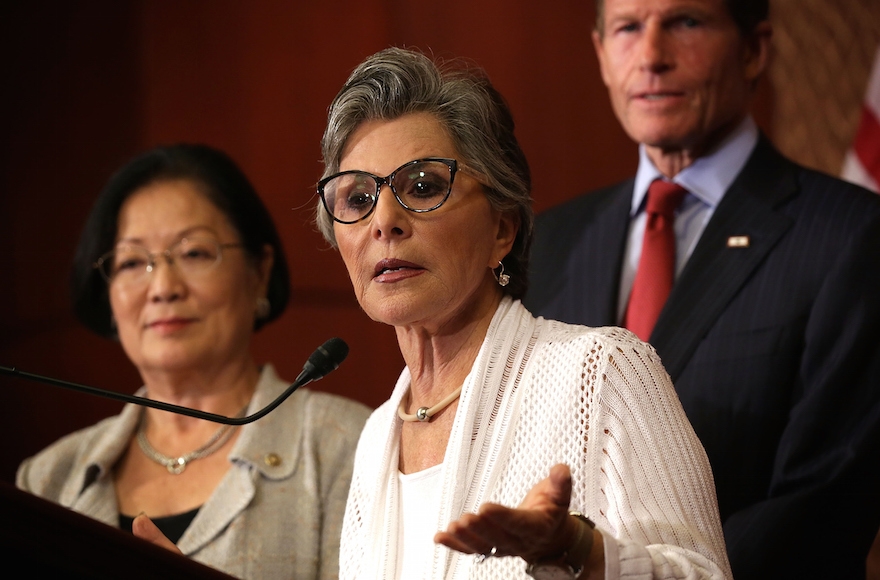 Under the legislation introduced Wednesday, the winner of presidential elections would be determined by the outcome of the popular vote. The measure would amend the U.S. Constitution.

Boxer did not seek re-election in 2016 and will retire at the end of this year.

Boxer noted in a statement that Donald Trump is the fifth candidate in U.S. history to lose the popular vote and still become president. His Democratic challenger, Hillary Clinton, who Boxer supported, currently leads by nearly 1 million votes.

“The Electoral College is an outdated, undemocratic system that does not reflect our modern society, and it needs to change immediately,” Boxer said in the statement. “Every American should be guaranteed that their vote counts.”

She called for “One person, one vote!”

In order to abolish the Electoral College, a Constitutional amendment would have to be proposed that would take effect when ratified by three-fourths of the states within seven years after its passage in the Congress.

In 2013, Trump tweeted that the Electoral College is a “disaster for a democracy.” And in an interview Sunday with CBS’ “60 Minutes,” he said: “You know, I’m not going to change my mind just because I won. But I would rather see it where you went with simple votes. You know, you get 100 million votes and somebody else gets 90 million votes and you win.”

He later tweeted that the Electoral College is “actually genius in that it brings all states, including the smaller ones, into play. Campaigning is much different!”

The Electoral College is actually genius in that it brings all states, including the smaller ones, into play. Campaigning is much different!

In 2000, Democratic candidate Al Gore received about 500,000 more votes than Republican George W. Bush, but Bush had 271 electoral votes to Gore’s 266 to win the presidency.

Boxer has been a senator since 1993 after previously serving in the U.S. House of Representatives for a decade.