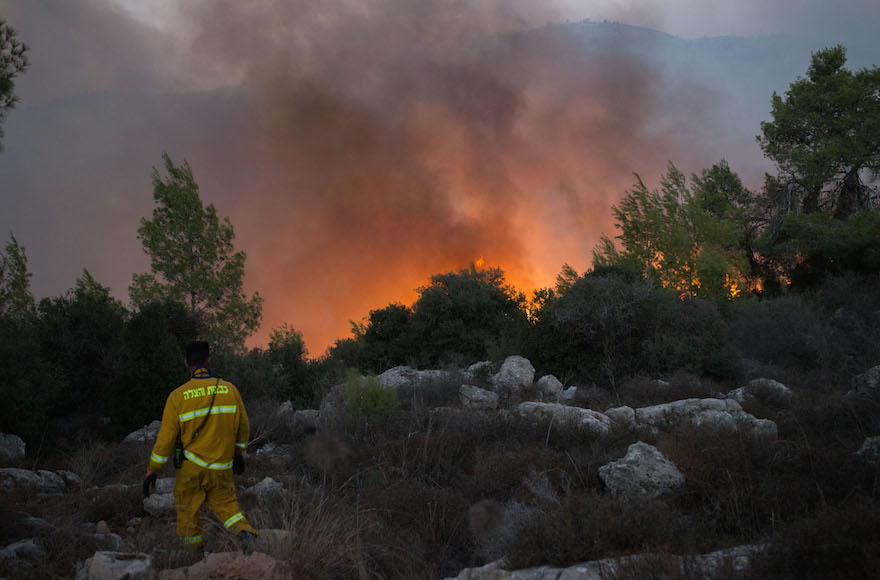 JERUSALEM (JTA) — The chief rabbi of an area affected by the wildfires that cut across Israel said couples whose marriage licenses were destroyed in the blazes cannot live together until they draw up a new one.

Rabbi Mordechai Abramovski of Zichron Yaakov said in an interview with the haredi Orthodox news website Kikar HaShabbat that the prohibition against living together without a ketubah, or Jewish wedding contract, applies in the case of a fire. His statements were first reported in English in The Jerusalem Post.

His ruling was at odds with Israel’s chief rabbis, Yitzhak Yosef and David Lau, who said Monday that couples could continue to live together without a ketubah burned in a fire but that a replacement ketubah should be procured as soon as possible. They said it is permissible since the rabbinates in which they registered their marriage maintain a copy of the ketubah.

Under Jewish law, couples cannot live together without a ketubah, a document established during the Talmudic era to protect women’s rights in a marriage.

Abramovski is also the rabbi in charge of issuing marriage licenses in Haifa.